Three new Mars missions — one each from China, the U.S., and the United Arab Emirates (UAE) — are expected to reach the Red Planet in February.

Now, two of the three have arrived at their destination — and the third is only about a week away.

First of the Mars Missions to Arrive

In July 2020, the UAE launched an SUV-sized craft, dubbed “Hope,” into space. On February 9, it reached Mars’ orbit, marking the first successful interplanetary mission for any Arab nation.

“Today you have households of every single age group passionate about space, understanding a lot of science,” Sarah al-Amiri, chair of the UAE’s space agency, told the Associated Press.

“This has opened a broad realm of possibilities for everyone in the UAE and also, I truly hope, within the Arab world.”

Now that Hope has reached Mars, it will spend a little less than two Earth years studying the planet’s atmosphere from a unique orbit: directly over its equator.

“What this mission does is, it provides us a full understanding of the Martian atmosphere throughout the day,” al-Amiri explained during a press conference in July.

“So it covers all regions of Mars at all local times at Mars,” she continued, “and that’s a comprehensive understanding that fills in the gap of changes through time through different seasons of Mars throughout an entire year.”

China’s Tianwen-1 reached Mars the day after Hope, and it might be the most complex of this month’s Mars missions — while Hope is just an orbiter, and NASA’s Perseverance is just a rover, Tianwen-1 is an orbiter, lander, and rover in one.

Before the end of 2021 (and possibly as soon as May), the Tianwen-1 lander will detach from the orbiter and attempt to land on the Red Planet — if successful, China will become just the third nation (after the U.S. and the Soviet Union) to reach the Martian surface intact.

Once there, the lander will deploy a ramp, and a solar-powered rover will roll out onto Mars. Both it and the lander will then study the planet for about three Earth months, feeding data back to the orbiter for transmission to Earth.

The orbiter, meanwhile, will remain in place for about two Earth years, using seven instruments to study Mars from above.

En Route to the Red Planet

NASA’s Perseverance rover is the last of the Mars missions expected to reach the planet in February — and it’ll be going straight in for a landing when it does.

Currently, the rover is on track to make contact with the Martian surface on February 18. If its landing is a success, Perseverance will spend nearly 700 Earth days exploring the planet.

During that time, the rover will do something no previous Mars missions have done: collect rock samples that a future mission could bring back to Earth so scientists can study them for signs of ancient life. 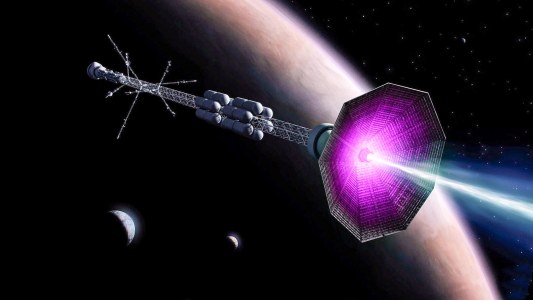 A new rocket thruster design that uses magnetic fields could lead to far faster space travel — the kind that could let us explore places beyond Mars.