Since 2018, when NASA’s Mars lander, InSight, touched down on the surface of the Red Planet, researchers have been on the edge of their seats. On the outside, Mars and Earth share some similarities. But are these similarities only crust-deep?

With the recent Mars mission, we finally have some answers: researchers have created the first complete image of the interior structure of Mars.

Why this matters: Mapping Mars’ interior marks the first time scientists have been able to do this with a planet other than our own. It is a major step toward understanding the development of the Solar System’s rocky planets.

With the new knowledge from this mission, scientists might be able to figure out how Mars lost its magnetic field. And, as scientists recently discovered that the moon probably never had a magnetic field — contradicting a long-heald belief — this new work could lead to a greater understanding of planetary magnetic fields in general, especially Earth’s.

Compared to Earth, Mars is quiet.

What they found: It turns out, Mars isn’t as inactive as scientists previously thought. InSight detected grumbles from Mars’ interior, providing firsthand proof of marsquakes.

And, they made other new discoveries — for example,  the topmost layer is very permeable, and unusually thin, so there could be a significant amount of radioactive materials in the crust, which was not previously known.

Silent Mars: In the past, researchers attempted to estimate the thickness of Mars’ crust using satellite measurements. But a seismometer can get more accurate data. As seismic waves travel through different materials, they change speed and direction. By analyzing the waves that reach SEIS, the scientists got a more comprehensive idea of Mars’ interior.

Compared to Earth, Mars is quiet. It doesn’t have a plated surface like Earth. And Earth’s shifting rigid plates that slide over and under each other mean that we have many earthquakes and erupting volcanoes. Mars’ surface only murmurs by comparison, so the researchers found that marsquakes were few and far between.

The seismic disturbances bouncing around inside Mars aid in mapping the planet’s internal dynamics.

Despite this challenge, InSight’s seismometer, called SEIS, could still detect and measure some seismic waves.

“We just had to push forward and see what we could do with this data,” said Brigitte Knapmeyer-Endrun, a planetary seismologist at the University of Cologne, reports the Deccan Herald.

The team determined that the crust is thinner in the northern lowlands and thicker in the southern highlands, possibly due to long-ago oceans. They found that the crust is made of two or three layers, with the top layer being the smallest — only about 10km thick. The next layer is twice as wide.

“Unfortunately, we are not sure what follows next, if it’s already the mantle or if we have a third layer in the crust. There’s some ambiguities that we haven’t resolved. We can definitely say that the crust is not as thick as has been predicted previously, and it has a lower density,” said Brigitte Knapmeyer-Endrun, lead author on the paper that modeled Mars’ crust, reports WIRED.

How they did it: The team used data from SEIS to measure the features of Mars’ core. The sensors listen for noises and vibrations from marsquakes under the planet’s surface. The seismic disturbances bouncing around inside Mars aid in mapping the planet’s internal dynamics. With that data, researchers have described the interior of Mars, which they published in three studies in the journal Science, each authored by a global team of scientists.

The technique isn’t new. Scientists have studied the interior of our planet and the moon by listening to quakes for a long time. In 1889, seismic waves that originated from an earthquake in Japan that emerged in Germany after bouncing back and forth revealed that the Earth’s mantle is solid and soft. Then, Apollo astronauts placed seismometers on the moon to take similar measurements.

Today, researchers continue to use seismometers on underwater drones and other land-based recording stations positioned around the globe to learn more about our planet. Last year, Princeton researchers launched a fleet of 50 underwater drones equipped with seismometers, called MERMAIDs, near the Galapagos Islands, hoping to fill in the gaps of our knowledge of Earth’s interior.

The Mars rover launched SEIS not long after it landed on the red planet. Dust and wind could skew the seismometer’s measures, but a dome shields against the harsh Mars environment. Inside, three pendulum weights sense and record vibrations which reverberate through the planet’s innards following a quake. According to NASA, SEIS functions like a stethoscope, listening to the planet’s “pulse,” reports CNet.

Next steps: Because marsquakes are infrequent, and only one seismometer is doing all the work, there are still many unanswered questions — like unresolved questions about the number of crust layers, or why shallow marsquakes are more frequent and intense in the winter.

“That is strange, because on Earth you don’t have clear seasonal quakes,” said Simon Stähler, a seismologist at ETH Zürich in Switzerland.

NASA extended the scientific expedition of InSight until December 2022, allowing time to solve these mysteries as more marsquakes happen — but only if dust buildup on the solar panels don’t force an early end to the mission. 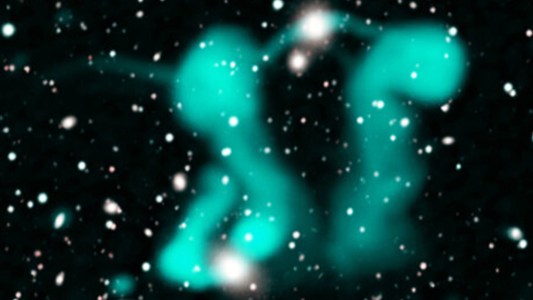