NASA has just approved two missions to Venus that will provide the scientific community with a wealth of new data on Earth’s closest planetary neighbor.

“(T)he combined results of these missions will tell us about the planet from the clouds in its sky through the volcanoes on its surface all the way down to its very core,” Tom Wagner, NASA’s Discovery Program scientist, said in a press release.

“It will be as if we have rediscovered the planet.”

The challenge: The last spacecraft NASA sent to take a close look at Venus was the Magellan orbiter — and it launched way back in 1989.

“If the San Andreas fault was present on Venus, you would have no idea from Magellan data,” Suzanne Smrekar of NASA’s Jet Propulsion Laboratory told the New York Times. “We only have…a very crude topographic map.”

Answering questions: Technology has advanced tremendously since the ’80s, and these new missions to Venus will be able to provide scientists with a far more detailed look at the planet.

“We all are so hungry for data, for moving the science forward,” Ellen Stofan, the Smithsonian’s Under Secretary for Science and Research, told Ars Technica. “A lot of us worked in this field since Magellan. We’ve had these really fundamental science questions for so long.”

Why it matters: Venus is sometimes referred to as Earth’s twin because it has a similar size, mass, and composition. However, the atmosphere and surface of Venus are dramatically different from Earth’s — and we don’t know why.

“If we really understood how Venus and Earth became so different, we would be a lot closer to understanding how common or rare Earths are,” Stofan said.

Like Magellan, that spacecraft will orbit Venus, collecting measurements that researchers will use to create a topographic map of the planet. However, its measurements will be 100 times better than its predecessor’s.

The other mission is called DAVINCI+ (Deep Atmosphere Venus Investigation of Noble gases, Chemistry, and Imaging Plus).

That spacecraft will conduct two flybys of Venus before dropping a spherical probe on a third pass. That probe will collect data on the planet’s atmosphere during its descent to the surface.

“The measurements we make as we descend to the clouds will be very fine-scale, equivalent to those we’re used to seeing of Mars and Earth,” James B. Garvin, the mission’s principal investigator, told the NYT.

The next steps: NASA has awarded each of the missions to Venus about $500 million for further development. The plan currently is for VERITAS to launch in 2028, with DAVINCI+ launching about a year later.

“The Venus community is absolutely elated and excited and wants to just get to work and see this happen,” Stofan said. 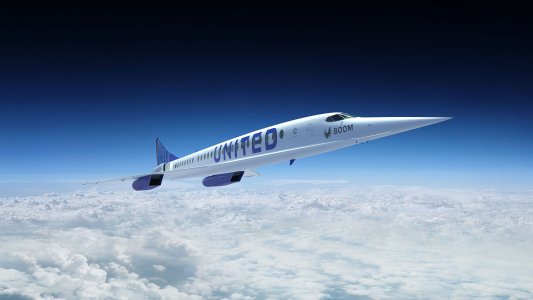 United Airlines has agreed to buy 15 supersonic jets from Boom Supersonic, with plans to begin commercial flights before the end of the decade.