Mars is going to be bombarded with visitors from planet Earth — the U.S., China, and UAE are all launching unmanned spacecraft to the red planet this month. (The UAE and China both launched this week).

Why this is important: NASA is the frontrunner in the race to Mars with plans to send humans to the planet in the 2030s — but before that can happen, they need to understand a lot more about the planet’s conditions. This NASA expedition will collect pristine samples of the planet (including possible traces of past life forms). NASA also needs to test the technologies required for humans to survive on Mars and they’re using this mission as a testing ground. For example, samples of the spacesuit material are being sent to see how it holds up on the harsh planet.

A red planet gas station: As part of the prep for human travel, this mission will attempt to produce oxygen from the carbon dioxide in the atmosphere. This oxygen could be used for (surprise!) breathing but also could be converted into rocket fuel. Mars is a long, long way from Earth so being able to create oxygen on the planet will be crucial — it’s much cheaper than lugging it from Earth, potentially saving billions of dollars on future missions.

Meet MOXIE: Or, more formally known as the “Mars Oxygen In-Situ Resource Utilization Experiment.” It’s catching a ride on NASA’s rover, Perseverance, and is designed to convert CO2 (which constitutes 96% of the red planet’s atmosphere) to oxygen.

How it works: MOXIE will take the CO2 — made of one carbon and two oxygen atoms — and separate the oxygen atoms. This test mission is designed to measure the purity of the oxygen produced, aiming to get at least 99.6% pure oxygen. MOXIE is only the size of a car battery, but if it works, future missions will employ machines that are 100 times bigger.

But wait, there’s more: Other than MOXIE, there’s a ton of new gear scientists want to test. There’s RIMFAX, a ground penetrating radar used to hunt for water and ice below the surface. There’s even Ingenuity, a small helicopter that will attempt the first controlled flight on another planet.

Hunting for signs of life: Aside from testing new technology, the mission’s main priority is to study the habitability of the planet and look for ancient signs of life. Perseverance will be landing at Jezero Crater — full of mission-ending obstacles like sand dunes, cliffs, and boulders. Scientists say it’s worth the risk though because the crater was full of water 3.5 billion years ago, meaning there may have been life there as well. Perseverance will be the first rover to collect and store samples of the planet. The samples will be brought to Earth at a later date as part of a future Mars mission.

When to watch: You can watch NASA send the Perseverance rover into orbit on July 30, lifting off from Cape Canaveral, Florida. The UAE launched their spacecraft on July 19 and China launched today. Each spacecraft must travel more than 300 million miles and all are scheduled to reach their destination by February 2021 (and you thought your family road trip was exhausting). 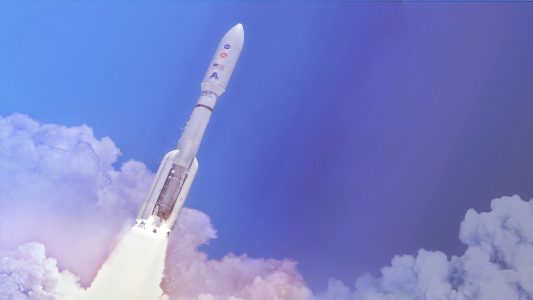 With each new Mars mission, the red planet renaissance heats up this July. China and newcomer the UAE are off-world, and NASA’s on deck.