The Canadian Space Agency has tested the ability of a sensor-packed smart shirt to monitor astronauts’ health in space — and the initial results look promising, suggesting it has several advantages over other methods.

The tank tops can record blood pressure, breathing rate, and blood oxygen, among other health biomarkers.

A risky mission: Space can wreak havoc on astronauts’ health.

Microgravity can cause them to lose muscle mass more quickly than they would on Earth, and it can also cause the fluids in their bodies to move upward, which can lead to vision problems.

Without Earth’s atmosphere and magnetic field to protect them, astronauts are also exposed to higher levels of radiation, which can increase their risk of cancer.

The challenge: All those threats make monitoring astronauts’ health during space missions a top priority for space agencies.

Traditionally, that’s meant astronauts would need to set time aside to undergo a variety of tests using complex equipment, which could be disruptive to their days.

There was also a chance that the fact the astronauts knew they were being tested could affect the results, perhaps causing their blood pressure to temporarily increase, for example.

The idea: In 2019, the Canadian Space Agency funded a University of Waterloo study to test a different approach for monitoring astronauts’ health.

The UW researchers had astronauts wear the Bio-Monitor, a smart shirt developed by Carré Technologies, for about 72 hours before a trip to the International Space Station (ISS) and another 72 hours while onboard.

This smart shirt contained sensors that could collect much of the same information as traditional medical devices, but without requiring astronauts to set aside time for testing.

A promising approach: Based on the initial results of that study, the smart shirt performed well and demonstrated several benefits over standard methods for monitoring astronauts’ health.

“By monitoring continuously and non-intrusively, we remove the psychological impacts of defined testing periods from astronaut measurements,” Mastrandrea said.

“Additionally, we are able to gather information during normal activities over several days, including during daily activities and sleep, something that traditional testing cannot achieve.”

No word yet on whether the smart shirt will show up on the backs of astronauts again, but if it does, health monitoring in space could be as easy as getting dressed in the morning. 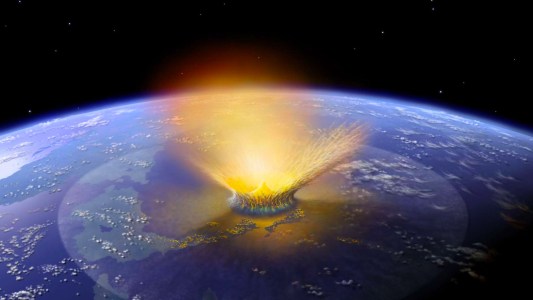 NASA is staging a week-long asteroid impact simulation during which participants will need to respond to a hypothetical impact scenario.

Disaster Response
Is NASA ready for an asteroid impact?
Subscribe to Freethink for more great stories
Subscription Center
Challenges
Video
Freethink
Subscribe
We focus on solutions: the smartest people, the biggest ideas, and the most ground breaking technology shaping our future.
Subscribe