NASA is staging a week-long asteroid impact simulation during which members of its Planetary Defense Coordination Office will respond to a hypothetical impact scenario.

The challenge: Asteroids are rocky objects left over from the formation of our solar system. Millions of them are orbiting our sun, and most never come near Earth.

If a massive rock were to hit our planet’s surface, though, the fallout could be catastrophic — in theory, it could wipe out all of humanity.

Flying (almost) blind: Thankfully, if a big enough asteroid heads Earth’s way, NASA will probably know about it well in advance — its Center for Near-Earth Object Studies (CNEOS) tracks the orbits of any known asteroids that might be a threat.

If a rogue asteroid is spotted, NASA hopes to work with government officials and other space agencies to prevent the impact, perhaps by diverting the asteroid or even blowing it up — whatever it takes to protect the people of Earth.

The thing is, NASA has never had to intervene to stop a potential asteroid impact before, so it doesn’t know exactly how that whole response scenario should play out.

To get some experience before lives are actually on the line, the agency is hosting a “tabletop exercise” during the International Academy of Astronautics’ annual Planetary Defense Conference.

Role-playing for armageddon: During these kinds of exercises, a group is presented with a hypothetical emergency and must then go through the motions of responding to it. (If you’ve ever seen the Emergency Response episode of “Parks and Recreation,” it’s like that.)

“Hypothetical asteroid impact exercises provide opportunities for us to think about how we would respond in the event that a sizeable asteroid is found to have a significant chance of impacting our planet,” Paul Chodas, director of the asteroid-tracking CNEOS, said in a press release.

Thinking on the fly: On the first day of NASA’s asteroid impact simulation, participants will receive details on a fictional asteroid (called 2021 PDC), headed in Earth’s direction.

They’ll then need to decide and relay to the exercise’s leaders exactly what they would do if the asteroid wasn’t hypothetical. Over the course of the week, they’ll receive “updates” on the situation and will need to factor those into their response.

A learning experience: The hope is that by the end of the asteroid impact simulation, participants will be better prepared to handle a real impact scenario.

“Each time we participate in an exercise of this nature, we learn more about who the key players are in a disaster event, and who needs to know what information, and when,” Lindley Johnson, NASA’s planetary defense officer, said in the press release.

“These exercises ultimately help the planetary defense community communicate with each other and with our governments to ensure we are all coordinated should a potential impact threat be identified in the future.” 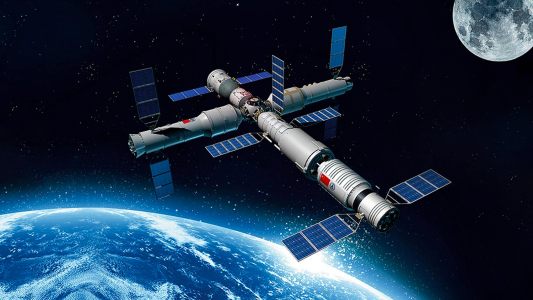 Construction is finally beginning on the Chinese Space Station, with its core module — Tianhe — expected to lift off in April 2021.

Aerospace
Chinese Space Station is ready for launch — in pieces
Subscribe to Freethink for more great stories
Subscription Center
Sections
Video
Freethink
Subscribe
We focus on solutions: the smartest people, the biggest ideas, and the most ground breaking technology shaping our future.
Subscribe