The pandemic may have dominated life on Earth for much of 2020, but even a highly contagious virus couldn’t stop what turned out to be a breakthrough year for space exploration.

Here are five awesome space news stories you may have missed while sewing face masks and stocking up on toilet paper this year.

SpaceX started developing its reusable rocket system called Starship in 2012 with the goal of one day using it to ferry people to Mars. This year, that mission took a major leap forward — after first taking a small hop.

During a September test flight, a prototype of the stainless steel rocket lifted off for the first time, reaching an altitude of about 500 feet before landing a minute after launch.

In December, another SpaceX Starship prototype lifted off, this time flying eight miles into the air. The craft didn’t exactly nail the landing, coming in hot and exploding upon impact, but CEO Elon Musk was still thrilled.

Perseverance Set a Course for Mars

SpaceX wasn’t the only group with its eyes on the Red Planet this year — in July, NASA kicked off its 2020 Mars rover mission with the launch of Perseverance.

The agency has already sent four rovers to Mars, but Perseverance is designed to be more autonomous than its predecessors, which should allow it to cover ground more quickly.

The rover is expected to reach its destination in February 2021. Once it lands, part of Perseverance’s mission will be to hunt for signs of ancient extraterrestrial life — something no other rover has attempted.

As if that space exploration objective isn’t cool enough, Perseverance is also bringing a solar-powered space helicopter along for the ride to Mars — and that craft is going to attempt the first controlled flight on another planet.

This was a big year for SpaceX. In addition to its Starship advancements, the company began ferrying astronauts to the International Space Station (ISS).

In May, SpaceX’s Crew Dragon spacecraft lifted off from Cape Canaveral, Florida, with two NASA astronauts on board. Less than a day later, it docked with the ISS, and in August, the craft safely brought the astronauts back to Earth.

Not only was this the first time since 2011 that NASA astronauts had launched from U.S. soil (the agency had been relying on Russia for rides to the ISS), but it was also the first time ever that a private company had transported astronauts into space.

Since then, four more astronauts have hitched a ride to the ISS aboard a Crew Dragon, and in the future, private companies are likely to play an even larger role in space exploration missions — helping us reach Mars and beyond.

SpaceX wasn’t the only group to achieve a first in space exploration this year. Japan’s aerospace agency, JAXA, broke new ground, too — literally.

In 2019, JAXA’s Hayabusa2 probe blasted a tiny crater in Ryugu, an asteroid 190 million miles away from Earth. It then grabbed some of the displaced dust, marking the first-ever collection of underground samples from an asteroid.

This year, China’s Chang’e 5 probe scooped up dirt and rocks from the moon — something that hadn’t been done since the 1970s.

Both Japan and China returned their samples to Earth in December, and researchers will now study them for materials linked to the existence of life. Plus, more asteroid samples are on the way: NASA’s Osiris-Rex spacecraft collected rocks from the asteroid Bennu in October and they are expected to make their way to Earth in 2023.

All of these clues could improve our understanding of how the solar system formed — and maybe even explain how life originated on Earth.

Wondering what achievement in space exploration could be awesome enough to follow-up a space helicopter and moon rocks? How about the public release of a whole lot of data?

In December, the European Space Agency released 1.3 terabytes of data collected by Gaia, a space observatory currently tracking more than a billion stars. This marked just the third “data dump” since the craft’s 2013 launch.

Using previously released Gaia data, scientists created the world’s most detailed map of the Milky Way and discovered more than 100 new exoplanets, a new galaxy, and even some lost asteroids.

“Gaia data is like a tsunami rolling through astrophysics,” Gaia researcher Martin Barstow said — and we expect this third data dump to leave a slew of new discoveries in its wake. 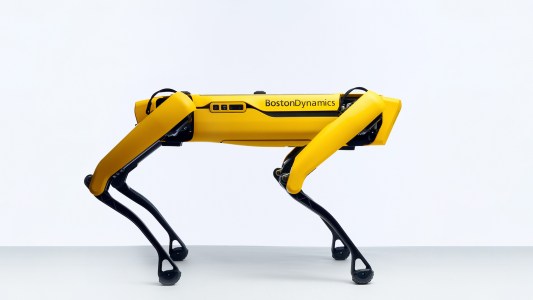