Boston Dynamics’ robot dog Spot has an eclectic resume — it’s herded sheep in New Zealand, scouted factories for Ford, and even helped the NYPD during a recent hostage situation.

However, the multi-talented bot’s next job might be the most remarkable yet: exploring Mars for NASA.

Limitations of a Wheeled Mars Rover

NASA has landed four rovers on Mars so far, and because they’ve all used wheels to move around, they’ve only been able to explore the parts of the planet that are relatively flat.

Scientists want to be able to scope out the entire planet, though — and the parts they can’t reach with a wheeled Mars rover are some of the most enticing.

Mars is riddled with caves and lava tubes, and those underground structures could be the best places to look for evidence of ancient extraterrestrial life.

They could also be the key to human life surviving on the Red Planet in the future — Martian colonists might be able to seek shelter underground, avoiding some of the radiation, frigid temperatures, and meteorites that could jeopardize their safety on Mars’ surface.

Now, more than 60 researchers and engineers from NASA, CalTech, MIT, and other organizations have built a Spot robot dog they think could be the ideal Mars rover for exploring those subsurface structures.

While Boston Dynamics’ robot dog is already highly capable, it wasn’t exactly ready for a job as a Mars rover right out of the box, so the researchers had to make some modifications, which they presented during the American Geophysical Union’s (AGU) annual meeting on December 14.

They gave the robot dog a new sensor package, including a thermal camera and LiDaR sensor, and mounted a new power and computing package to its back.

The researchers also equipped the robot dog with AI software to help it learn as it explores and a communication system it could use to send data from below ground up to the surface.

They named their robot dog “Au-Spot,” and it has already taken first place in a DARPA challenge that required it to navigate courses designed to look like underground urban environments.

Now, the researchers are testing the robot’s ability to navigate obstacle courses and map outdoor locations similar to the subterranean structures of Mars, such as the lava tubes found in Northern Californian.

NASA hasn’t announced any plans to send Au-Spot to the Red Planet, but according to researcher Ali Agha, cave exploration is going to be a “big part” of the agency’s Mars surveys in the next decade — and a robot dog could help them explore entirely new terrain.

“(Au-Spot’s) behaviors could one day enable revolutionary scientific missions to take place on the Martian surface and subsurface, thereby pushing the boundaries of NASA’s capability in exploring traditionally inaccessible sites,” the researchers told the AGU . 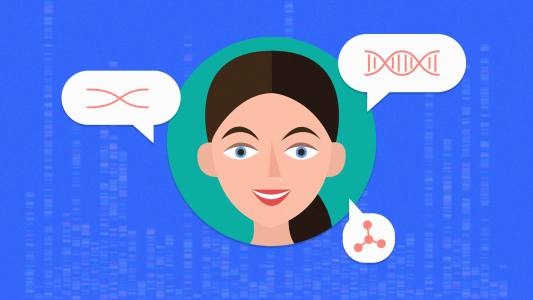