Why space? Certain products would be easier to make if gravity was eliminated from the equation. Fiber optic cables, for example, can develop tiny crystals during the manufacturing process due to gravity, and those crystals impair the cables’ ability to transmit signals.

The only way to recreate microgravity on Earth, though, is to fly a plane in a high arc and then essentially freefall back down — but the effect is only temporary, and it’s impractical for manufacturing.

We could then use those factories to manufacture fiber optic cables, bioprinted organs, metal alloys, and other products that would be easier to make without pesky gravity in the way.

Of course, manufacturing is complicated on Earth, so while many startups want to build factories in space, no one’s actually done so — yet.

How it works: In 2020, former SpaceX engineer Will Bruey co-founded Varda with the goal of building the first space factory. On July 28, 2021, he and his partners announced that they’d raised enough money to launch that factory.

“I think that what investors…really see as exciting about our approach is that in comparison to everyone else that’s ever discussed ‘space manufacturing,’ we’re by far the most near-term, pragmatic, commercially viable approach,” co-founder Delian Asparouhov told TechCrunch.

“[We’ll be] launching and producing materials less than 18 months from now, as opposed to plans that are typically five years, 10 years, decades away from being viable,” he added.

The plan: Varda’s factory, which will launch in early 2023, will consist of three parts: a commercially available satellite platform, a module where the manufacturing will take place autonomously, and a reentry vehicle that will bring the finished goods back to Earth.

Looking ahead: It’s not clear what Varda plans to make yet, but the goal for the first mission is to create 220 pounds of product.

After producing its own goods on 10 or so launches, the startup then plans to transition to providing space manufacturing as a service, producing whatever customers want made in orbit.

First, though, it needs to do what no one else has managed: get that first factory into space. 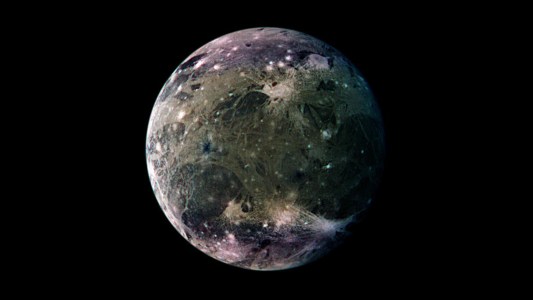 Astronomers have detected the first evidence of water vapor in the atmosphere of Jupiter’s massive moon Ganymede.