For the first time, SpaceX has successfully flown a prototype of Starship — the massive rocket it expects to one day ferry humans to Mars — high into the air and landed it in one piece.

What happened: On May 5, SpaceX’s latest Starship prototype (dubbed Serial Number 15, or SN15) lifted off from the company’s Texas test site at 6:24 p.m. EST.

It flew about six miles into the air before reversing course, executing a “belly flop” maneuver to slow its descent. About six minutes after launching, SN15 landed upright back on Earth.

A small fire broke out near the base of Starship after the landing, but it was soon extinguished — and when the smoke cleared, the rocket was still intact.

Learning from failure: This was SpaceX’s fifth high-altitude flight test for Starship since December 2020, and the previous four all ended (not unexpectedly) with the rocket exploding.

However, the company has learned from each one of those tests, and SN15 boasted “hundreds of design improvements,” according to Musk, including new software and a new engine design.

The next steps: Now that SpaceX has nailed a Starship landing during a high-altitude flight test, it can start thinking bigger and higher.

The company is already building its next prototypes, and Musk expects SN20 to be the first Starship capable of reaching orbit. The goal is to conduct the first of those orbital test flights before the end of 2021 — and Musk is already anticipating a few rough landings. 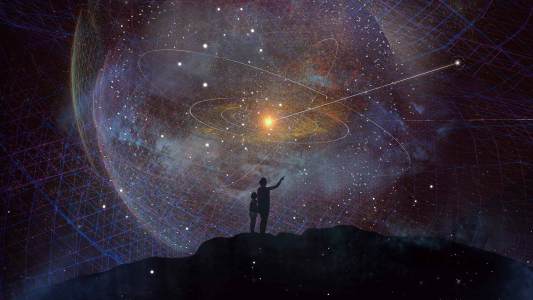 An in-development Interstellar Probe could explore an area 10 times farther away than any craft before it, providing an unprecedented look at interstellar space.