It’s easy, from the comfy climes of our home planet, to take a geocentric view of the hunt for life on other planets. Earth is the only planet we know for sure has life, and it’s obviously a biological success story, right? So we should be searching for close twins.

“With the next space telescopes coming up, we will get more information, so it is important to select some targets,” Schulze-Makuch told WSU Insider.

“We have to focus on certain planets that have the most promising conditions for complex life. However, we have to be careful to not get stuck looking for a second Earth because there could be planets that might be more suitable for life than ours.”

Researchers have been kicking around the idea of searching for superhabitable exoplanets for a while now. “From a potpourri of habitable worlds that may exist, Earth might well turn out as one that is marginally habitable, even bizarre from a biocentric standpoint,” researchers wrote in a 2014 Astrobiology paper.

For this study — also published in Astrobiology — Schulze-Makuch and company whipped up some superhabitable exoplanet criteria and scanned known exoplanets within their star’s liquid water zone — close enough all the water doesn’t freeze, far enough it doesn’t all evaporate.

The end result was 24 potential candidates, with some important caveats: only two are statistically validated planets — meaning some may be false readings — and all are more than 100 light years away, which means we won’t be sending a rover anytime soon.

The criteria begins with the biggest, brightest variable: the star. Stars like our beloved sun are classified as a G star, and as far as stars go, they don’t live too long (under 10 billion years). Since it took about 4 billion years for complex life to show up here, the researchers speculate that many G stars may not have the fuel to last long enough for life to find its way.

So they expanded their search to include planets around K dwarf stars. Per WSU Insider, these stars are even cooler than G stars, are smaller and less luminous, and, most importantly, may live over twice as long, from 20 to 70 billion years — all the more time for complex life to evolve. Those extra billions of years may be important, as the researchers theorize that 5 to 8 billion years of evolution is complex life’s prime time.

We have to be careful to not get stuck looking for a second Earth because there could be planets that might be more suitable for life than ours.

Besides orbiting in the sweet spot, with plenty of time on the shot clock, what kind of qualities does an astrobiologist need to see in a superhabitable exoplanet before swiping right?

Schulze-Makuch et. al. estimate that a planet about 10% larger than Earth will have extra land that complex life can thrive on, and can retain both its internal heating and enough gravity to garner a nice, thick atmosphere.

Speaking of, it’d be ideal if that atmosphere were filled with clouds and (bane of my existence) humidity. Life seems to thrive with water, after all, and if the planet could be about 8 degrees Fahrenheit warmer, too, so much the better — more Amazon, less Atacama.

None of the team’s 24 picks hit all their criteria for superhabitable exoplanets — but if you wait for the perfect one, honey, you may miss the right one. And one is damn close, hitting four of the characteristics, meaning it may be even cushier than Earth.

Not all astrobiologists consider superhabitable exoplanets to be that crucial to identify — or even worth demarcating.

“A planet is either habitable or it’s not,” Jim Kasting, an atmospheric scientist who first introduced the idea of the habitable zone, told National Geographic.

In that same piece, astrophysicist Steven Desch compared calling an exoplanet “superhabitable” to “calling someone only a little bit pregnant … Having more of what is needed for life, in my mind, doesn’t make it more likely to have life.”

Regardless how important degrees of habitability may be, what will be important for the next generation of alien life hunters is figuring out where to best point our limited resources. There’s only so many telescopes and so many hours in a night, after all.

Already, new tools are beginning to change the face of exoplanet discovery, from models based on past Earths — why not look for an exoplanet resembling the dinosaur era? — to complex planetary simulators. Two space telescopes geared towards finding signs of extraterrestrial life, HabEx and LUVOIR, are already in consideration, and optimism keeps running higher.

“If HabEx started getting funding now, we could launch it in something like 2030,” Ohio State astronomer Scott Gaudi, who works on the HabEx project, previously told me. “And if life were abundant, we would find evidence of it within a few years.”

Recent findings closer to home — from possible chthonic seas on the dwarf planet Ceres to signs of life on Venus to impossibly hardy deep-sea microbes — show that the conditions in which life may exist can surprise us, superhabitable exoplanets or not.

“It’s sometimes difficult to convey this principle of superhabitable planets because we think we have the best planet,” said Schulze-Makuch.

“We have a great number of complex and diverse lifeforms, and many that can survive in extreme environments. It is good to have adaptable life, but that doesn’t mean that we have the best of everything.” 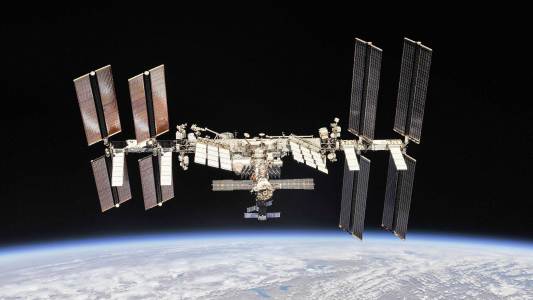 Made In Space is sending a 3D printer to the ISS in hopes of providing proof-of-concept that microgravity is the place to build precision parts.

Outer Space
The latest step in manufacturing in space
By B. David Zarley
Subscribe to Freethink for more great stories
Subscription Center
Sections
Video
Freethink
Subscribe
We focus on solutions: the smartest people, the biggest ideas, and the most ground breaking technology shaping our future.
Subscribe