A new analysis suggests that either underground water on Mars is far more prevalent than previously thought — or there’s something going on beneath the Red Planet’s surface that we can’t explain.

Riding the waves: The ESA’s Mars Express orbiter is equipped with MARSIS, an instrument that bounces radar waves off the planet and records the signals that reflect back.

Radar waves lose energy when they pass through solid materials, so if the reflected signals are weaker, it suggests that the area below Mars’ surface is solid dirt or ice. However, liquid water strongly reflects radar waves, which would lead to stronger return signals.

Underground water on Mars: In 2018, scientists working with MARSIS data announced the discovery of reflections indicating a large lake beneath Mars’ south pole — the first evidence we had that the planet had any bodies of liquid water.

Since then, several more reflections indicating underground water on Mars have been announced.

What’s new? Two scientists at NASA’s Jet Propulsion Laboratory have looked at radar reflections from a far larger area, including places where it should be much too cold for liquid water to exist — and they found dozens more strong reflections.

The explanation: If these reflections are actually caused by underground water on Mars, it means something is heating up the region. Volcanic activity could do it, but right now, there’s no proof that any of that is going on.

“(W)e haven’t really seen any strong evidence for recent volcanism at the south pole,” researcher Aditya Khuller said, “so it seems unlikely that volcanic activity would allow subsurface liquid water to be present throughout this region.”

The next steps: So, we don’t know what could be heating up the interior of the Red Planet enough to melt ice, but we also don’t know what besides underground water on Mars could be causing the reflections.

It’s a mystery scientists really want to solve, though.

If the reflections aren’t caused by liquid water, they could still give us a glimpse into the Red Planet’s geological history — and if there are lakes of liquid water on Mars, we may be able to tap into them for future human exploration of the planet. 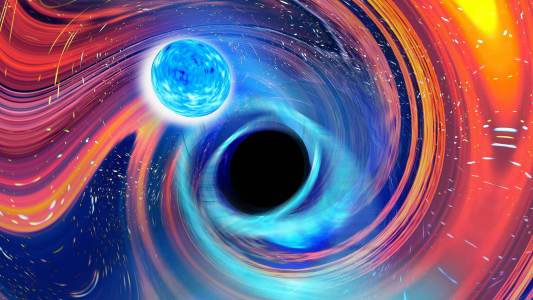