According to civil rights watchdog, Freedom House, two-thirds of the world’s internet users live in countries where criticism of public leaders is subject to censorship. That’s staggering. But this isn’t the only way that governments stifle free expression. There is another, quieter form of censorship which blocks information online. The scale of this more passive censorship has been much more difficult for human rights advocates to measure, as it relies on internet users around the world to notice and report the issue.

Well, now there’s an app for that.

The ooniprobe app is the project of Tor, maker of the browser favored by privacy geeks. Tor’s Open Observatory of Network Interference (OONI) project has been monitoring internet censorship since 2012 through desktop-only programs. But the new app (available on Apple’s App Store and Google Play) allows OONI to widen the reach of censorship data collection as the developing world comes online, primarily on mobile platforms.

The app works by conducting a couple of tests to detect foul play. The first focuses primarily on the accessibility of a list of websites that could be subject to censorship (for objectionable content or a similar reason). The second test is described by The Atlantic:

The other test bundled in the app is simple but clever. It involves sending an invalid request to an echo server, a computer that’s designed to send back an identical copy of any data it receives. If the bad request comes back in the same form it was sent, the path between the device and the echo server is likely unobstructed. But if the echo is modified in some way, something on the network might be manipulating the traffic that crosses it.

All of OONI’s data on censorship gathered since 2012 is displayed on a map (which will include data to be gathered from the app). The information relayed on the map is sobering if not really too surprising, given a few exceptions (with countries in red reflecting confirmed cases of censorship):

The exceptions, though, indicate how internet censorship isn’t as black and white of an issue as you may expect, sometimes getting caught up in other legal and national security discussions. The Atlantic continues:

Perhaps surprisingly, the club of countries that censor their internet also includes several in Europe. Greece appears to block a dozen betting sites, while Sweden, Denmark, and Italy block several bit-torrent sites. Belgium has assembled a long blacklist of both types of sites. France, on the other hand, only blocks two: the homepages of a pair of Islamic terrorist organizations.

For those in countries where censorship is a more straight-forward power grab by a government, OONI issues a warning to users of their programs:

In some countries, any form of active network measurement may be illegal, or even considered a form of espionage. Many governments have a lengthy history of subjecting digital rights activists to various forms of abuse that may make it dangerous for individuals in these countries to run ooniprobe. The use of ooniprobe may therefore subject users to severe civil, criminal, or extra-judicial penalties.

OONI’s warning displays the shifting battle lines in the fight for human rights around the globe. As the internet and its communications capabilities become a powerful tool for activists, governments are expanding their online monitoring and censorship efforts, and exacting brutal punishments on those who step out of line.

In places where dissenting speech is met with violent retaliation, the internet is the only outlet to speak with some level of anonymity. And as government’s censorship abilities are refined, tools like OONI’s app are an essential part in keeping tabs on, and bringing awareness to, limits on online freedom around the world.

Big Tech
What will happen if Elon Musk does buy Twitter? (Updated)
Billionaire Elon Musk is trying to buy Twitter, and if successful, he plans to make several major changes to the social media giant.

Censorship
The violinist playing for freedom in Venezuela 4:22
Venezuelan violinist Wuilly Arteaga has been beaten and arrested, but it hasn’t stopped him from using music to help bring freedom to his country
Up Next 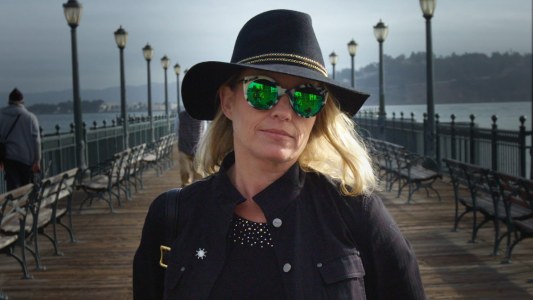 After criminals hijacked the term, Sell is on a mission to change our perception of hackers.

Hacking
Nico Sell thinks hackers can be a force for good
Subscribe to Freethink for more great stories
Subscription Center
Challenges
Video
Freethink
Subscribe
We focus on solutions: the smartest people, the biggest ideas, and the most ground breaking technology shaping our future.
Subscribe