On January 6, thousands of rioters stormed Capitol Hill in an attempt to overturn President Donald Trump’s loss in the 2020 election. Along with journalists and congressional staffers, many rioters recorded their own videos of the deadly attack, which they then posted on the social network Parler.

Concerned that the rioters would delete the incriminating clips, hacker donk_enby and others quickly downloaded and archived the site.

Within days, the group had downloaded not just the Capitol Hill riot videos, but every post, photo, or video shared publicly on Parler, along with the metadata specifying when and where each piece of media was captured.

Now, a developer going by the handle Patr10tic has used that metadata to create an interactive map linking each of the Capitol Hill riot videos to its exact location.

This map puts the chaos of the day into spatial context — and could potentially help law enforcement identify more of the rioters responsible for the damage, assaults, and death that day.

For the interactive map project, dubbed “Y’all Qaeda,” Patr10tic first needed to suss out which of the more than 412 million archived Parler files were Capitol Hill riot videos.

“I didn’t need terabytes and terabytes of videos, just the ones on the Capitol grounds,” Patr10tic told Vice, “so I sorted through the GPS coordinates based on proximity and obtained the video IDs for just those files. Then I downloaded them from a mirror that someone else is hosting.”

Next, Patr10tic uploaded each of the Capitol Hill riot videos to a YouTube channel. The developer then added a marker to a Google satellite image of Capitol Hill designating the location where each video was recorded.

Now, when someone visits the website, they can click on one of the markers on the map, and a video recorded in that exact spot on the day of the riot will pop up next to it.

When Patr10tic spoke to Vice on January 13, they noted the possibility that YouTube could start deleting the Capitol Hill riot videos they were uploading.

“The real danger is YouTube killing the channel, then it’ll all be for nothing,” the developer said. “If that happens I’ll have to find some other way, so at least law enforcement has the tool.”

A few of the videos have since been deleted, but the channel remains and the majority of red markers on the site still bring up a video.

Depending on which marker you click, you might see the crowd singing the national anthem or rioters clashing with police officers, but be warned that many of the videos depict violence.

Hacking
An old satellite was hacked to broadcast signals across North America
A recent satellite hacking shows that end-of-life satellites may be vulnerable.

Hacking
How Ukraine has defended itself against cyberattacks – lessons for the US
Russian hackers stepped up their efforts against Ukraine in the run-up to the 2022 invasion, but with notably different results.
Up Next 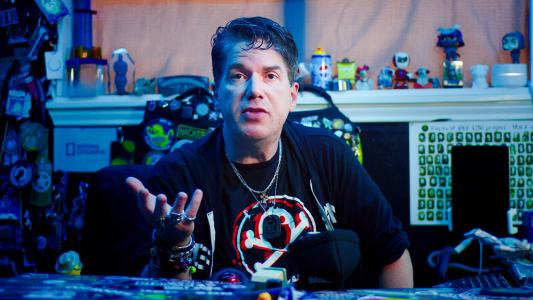 Pentesters use the same methods of breaching as criminal hackers, with one key distinction: they’re hired by the owner of the system and perform the attack with permission.