To ensure the air taxis of the future aren’t a bigger nuisance than they are a convenience, NASA is spending two weeks listening to a flying taxi soar over California.

Hail the flying taxi: More than half the global population already lives in cities, and experts expect that figure to increase to nearly 70% by 2050. As urban areas become more crowded, traffic in them is likely to become an even bigger problem than it already is.

A number of companies are developing electric vertical takeoff and landing (eVTOL) vehicles to provide high-end transportation around cities, soaring over traffic jams.

Joby’s flying taxi is designed to carry four passengers and a pilot at speeds up to 200 mph.

Because these small passenger aircrafts don’t need a runway, they could operate from rooftops, ferrying people across cities like aerial Ubers that move far faster than actual Ubers

But there are a lot of hurdles to surmount between now and then — aside from proving that it’s safe, flying taxi developers need to convince regulators and city residents that having fleets of the vehicles criss-crossing the skies won’t be a nuisance.

Joby Aviation: In May 2020, NASA announced the Advanced Air Mobility (AAM) National Campaign. Its purpose is to collect information on in-development aircraft to help integrate them into the national airspace.

On August 30, a flying taxi by Joby Aviation became the first eVTOL to undergo flight tests as part of the campaign. This craft is designed to carry four passengers and a pilot at speeds up to 200 mph. It’s fully electric and has a range of 150 miles.

“NASA’s AAM National Campaign is critical to driving scientific understanding and public acceptance of eVTOL aircraft,” Joby CEO JoeBen Bevirt said in a press release. “We’re incredibly proud … to be the first eVTOL company to fly as part of the campaign.”

Sounds like progress: NASA plans to spend two weeks studying Joby’s flying taxi at the company’s Electric Flight Base in California. During flight tests, it will collect data on how the eVTOL moves and how it communicates with controllers.

NASA will also use a special array of more than 50 microphones to record the sound of the flying taxi in action — that data will then be used to predict what sort of noise impact Joby’s eVTOL could have on cities.

“We have always believed that a minimal acoustic footprint is key to making aviation a convenient part of everyday movement without compromising quality of life,” Bevirt said, “and we’re excited to fly with NASA … to demonstrate the acoustic profile of our aircraft.”

Looking ahead: The AAM National Campaign is expected to last several years, and NASA has lined up more than a dozen companies for demonstrations and flight simulations.

Joby has already completed more than 1,000 flight tests of its flying taxi. Its goal is to have the aircraft certified by the FAA in 2023 so that it can launch a passenger service the following year. 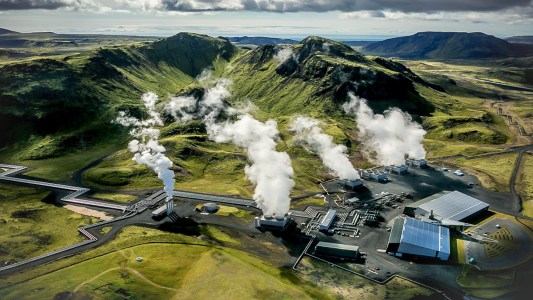