An emergency medical service (EMS) group in Israel is adding hundreds of foldable electric cars to its fleet in an attempt to speed up its response times and protect its workers.

Why it matters: The speed at which first responders arrive at the scene of a serious medical emergency can have a huge impact on patient outcomes.

The survival rate for sudden cardiac arrest victims, for example, can be as high as 90% if they’re treated within the first few minutes of the event. Every extra minute decreases the rate dramatically.

United Hatzalah has an impressive average response time of just 3 minutes nationally and 90 seconds in metropolitan areas (for comparison, the average wait for an ambulance in the U.S. is eight minutes), largely due to its use of specially equipped motorcycles called “ambucycles.”

Because ambucycles are smaller than full-sized ambulances, they can be driven through heavy traffic more quickly. Once at the scene of an accident, the ambucycle driver can deliver care until a traditional ambulance arrives to transport the victim to a hospital (if necessary).

Foldable electric cars: Not all of United Hatzalah volunteers know how to drive a motorcycle, though, and even some of those who do might not want to speed down congested streets on one for safety reasons.

To get those volunteers to people in need quickly without having them ride motorcycles, United Hatzalah is purchasing hundreds of electric cars made by the startup City Transformer

City Transformer’s CT-1 is tiny to begin with (4.5 feet wide), but it has a folding mechanism that makes its wheelbase even narrower (3.2 feet) — in that configuration, four of the vehicles can fit in a standard parking spot.

Shared fleet: United Hatzalah’s hope is that CT-1 will allow volunteers to navigate traffic more quickly than they could in a standard car, but without the high risk inherent in driving a motorcycle.

To make its service even faster, it plans to park the foldable electric cars at strategic points throughout cities. When it’s time to respond to an emergency, a volunteer can just go to the nearest CT-1 and use an app to unlock it.

The directions to the emergency will already be added to the car’s navigation system by United Hatzalah’s dispatchers.

Looking ahead: United Hatzalah has already bought 50 of the foldable electric cars and has agreed to purchase about 1,000 over the next five years.

The first cars could hit the streets as soon as 2023 — and will hopefully be helping volunteers save lives soon after.

Sustainability
Solar powered cars could soon hit the streets — but can they be efficient enough to go mainstream?
If they work, solar-powered cars could be great for the environment. Here’s the startups working to make that happen. 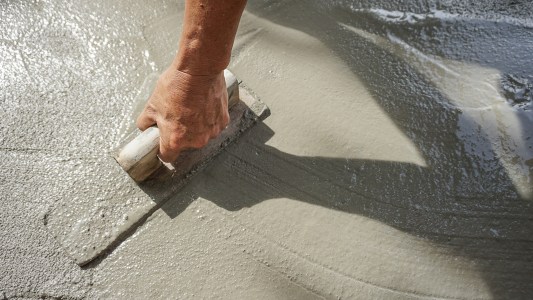 Engineers in Japan have discovered a new method for making concrete by recycling concrete rubble — and combining it with carbon dioxide drawn from the atmosphere.

Climate Crisis
This new concrete soaks up a greenhouse gas
Subscribe to Freethink for more great stories
Subscription Center
Challenges
Video
Freethink
Subscribe
We focus on solutions: the smartest people, the biggest ideas, and the most ground breaking technology shaping our future.
Subscribe