Robert Woo spent Christmas of 2007 in a hospital bed, trying to come to terms with the news that he’d never walk again.

Just a week earlier, he’d been going over a site report at his architectural office on a New York City construction site when a crane operating overhead accidentally dropped seven tons of metal studs. The cargo crashed through Woo’s ceiling, folding his body in half, puncturing his lungs, and crushing his spine.

“In this day and age, we have this technology that can give you hope and basically change your life.”

Woo spent the next four years in a wheelchair, in physical therapy, and in group therapy. But even as he learned how to live his new life, he couldn’t stop asking one very simple question: How could humans build skyscrapers, but not something better than a wheelchair?

Then Woo heard about bionic exoskeletons. And in 2011, he teamed up with ReWalk, a company founded by Israeli doctor and paraplegic Amit Goffer. The relationship has transformed Woo’s life. 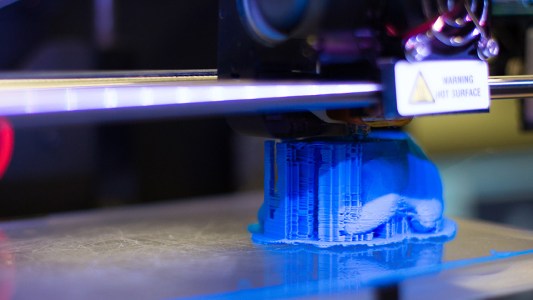 The story of how 3D printing gave Ryan Hines a chance to regain his independence for $150. And how he’s now…

Bionics
Assistive tech doesn't have to be high tech
Subscribe to Freethink for more great stories
Subscription Center
Challenges
Video
Freethink
Subscribe
We focus on solutions: the smartest people, the biggest ideas, and the most ground breaking technology shaping our future.
Subscribe