An Indian startup’s new smart glasses are designed to make it easier for people to work on the go by creating a hybrid-reality workspace — but will it deliver on its promises?

The challenge: Using multiple monitors not only looks cool, it can make your digital workspace feel less cluttered and boost productivity, cutting down on time wasted opening and closing windows.

Once you’re used to working on multiple monitors, though, it can feel downright stifling to switch to a single laptop screen while working away from your desk.

Nimo smart glasses have a built-in processor and battery — no need to connect to a smartphone or laptop.

In the past, that was a problem most people only had to deal with while traveling for work or during the occasional working vacation. But during the pandemic, millions of people started working remotely, and experts predict many will never go back to the office full time.

While some of these new work-from-homers have the luxury of a dedicated office space where they can set up multiple monitors, many have found themselves permanently working on a single laptop screen at the kitchen table.

The Nimo smart glasses: India-based startup Nimo Planet wants to make it so remote workers never have to feel cramped by their real-world setup again.

The company is now accepting reservations for its Nimo smart glasses, which it recently demonstrated for Wired over Zoom. These glasses let you see up to six virtual screens at once without having to lug around any extra monitors. You can look straight ahead to see your browser, for example, and then turn your head to the left to check your email.

You won’t even need to bring your laptop with you, if you don’t want to — the glasses have a built-in processor and battery, which makes them like a standalone computer on your face.

Nimo Planet expects to begin shipping its smart glasses to customers in parts of India and the U.S. in the first half of 2023. Reservations cost $19, and the total price of the Nimo smart glasses is $799.

The specs’ specs: According to Nimo Planet’s website, the glasses can connect to WiFi, and you can pair them with a Bluetooth mouse or keyboard. You can also use your smartphone as a trackpad or click on things by looking at them and then tapping the arm of the glasses.

The specs run on their own operating system (​​Nimo OS), which is a forked version of Android, and can support “1000s of productivity apps designed for Android and Web,” according to Nimo.

“In the future, we will have [a software development kit] for developers to create enhanced apps for Nimo,” he added.

“We want to make the hardware as simple as possible and make sure the multiscreen productivity works great.”

The current version of the Nimo smart glasses weighs 120 grams (a bit less than a baseball), but the company claims the specs will slim down to 90 grams by launch. They estimate only 2.5 hours of standalone battery life, but the glasses will come with a carrying case that also works as a charging station.

The glasses have a microphone for voice commands, but they don’t have a camera, speakers, or many of the other features you might expect from a pair of smart glasses — that’s by design, according to Nattukallingal.

“We want to make the hardware as simple as possible and make sure the multiscreen productivity works great,” he said.

“Everything else is secondary for us … all the big companies are focusing to build the next mixed reality world, but our approach is more about how we can help someone work anywhere without compromising productivity,” he continued.

Lenovo released its ThinkReality A3 Smart Glasses in 2021, and unlike Nimo’s glasses, those do have a built-in speaker. However, they also have to be connected to a PC, or a Motorola smartphone, via a cable, and they cost $1,499.

Chinese electronics company TCL Technology, meanwhile, released its NxtWear Air smart glasses in limited quantities in 2021, and it plans to release an updated model in 2022. Those also had built-in speakers, and at about $680, they were more affordable than Lenovo’s or Nimo Planet’s glasses. However, they too need to be tethered to a computer or phone.

The bottom line: There is reason to think twice before putting down a deposit on a pair of Nimo smart glasses, though — Nattukallingal was previously the founder and CEO of Fin Robotics, a startup that crowdfunded a smart ring that never shipped it to many of its backers.

If his new company can deliver, though, the smart glasses could be an incredibly useful, affordable device for people who travel a lot and want to be as productive on the go as they are at home or in the office. 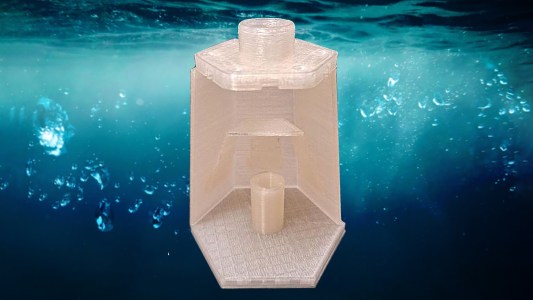 Maryland high schoolers have created a filter that removes lead in water. It costs just $1 and alerts users when it needs to be replaced.