Note: Matthew Hartman is a partner at Betaworks. In this piece, he argues that people may experience a kind of “moral friction” when sharing free content on the internet and that NFTs can reduce that friction. So we bought an NFT of his article to share it with you.

When Apple came on the scene selling music for 99 cents… what you were buying was both convenience and peace of mind.

Map that logic onto downloading music when everyone downloaded for free on Napster and then Apple said songs are 99 cents. On one hand, people already previously had a budget for CDs, so they were theoretically willing to pay. And internet companies were starting to send notices to college kids using their internet to download music illegally.

Fast forward a few years and there are two explanations of what happened when Apple came on the scene selling music for 99 cents. One is that tying the iTunes Store to the iPod made it so much easier than ripping music to your computer and syncing it to your janky media player that people were willing to pay the 99 cents per song for ease of use getting it onto the best MP3 player.

But there’s another factor here which may help us think about NFTs. In the same way that we have psychological friction I wonder if there was a certain moral friction. The record companies had worked so hard to keep their music off of mp3s at all that if you wanted to listen digitally, the only simple way to get them digitally was to download them illegally. Once people heard the record companies were suing individuals, the question became clear: does downloading = stealing?

A quick diversion. The penny gap is the idea that quantity goes up disproportionately when something is free versus when it costs just one penny (I first read about its applications in freemium software when Josh Kopelman wrote about it here). (Note to the reader: what if this were a dead link that lets Josh claim my bid to link to his post. And people clicking the link can tweet at him to accept the payment OR just Google the post. More on that at the bottom of this post).

Apple was able to make it easy enough to work within the system by reducing both UI friction and moral friction.

So back to that time in the late 1990s and early 2000s when people grappled with whether downloading = stealing. One additional factor that may have played a substantial part in the migration from Napster to the iPod/iTunes ecosystem is that the price point of 99 cents is closer to psychological friction than to actual price friction (given people were already clearly willing to spend $$ on CDs). But the penny gap theory would argue people would not pay even 99 cents for a song that is available for free. What explains this? I suspect that there may have been moral friction of knowing you were breaking the law, which served as a counterbalance to the psychological friction of having to pay 99 cents. What you were buying was both the convenience of the iTunes-iPod system and the peace of mind that you weren’t stealing from the artists. Moral friction and the penny gap balanced each other out.

So where did the music industry end up? Because it was able to make it easy enough to work within the system by reducing actual UI friction along with moral friction, ultimately the status quo became to pay for a song, and then as things moved to streaming, the status quo became paying for a streaming service.

In this current reality, a site offering free downloads is suspicious. Maybe the company is breaking the law, giving you a virus, or just selling your data. But you know there’s a catch. At the extreme, the kind of person willing to operate outside today’s new norm is probably not the kind of person you want to give your email to.

But what does this have to do with NFTs?

So now keep that paradigm of moral friction in mind as we move to NFTs. Could this be part of how NFTs work?  Ben Thompson wrote about how Taylor Swift offered an alternate version of her album she owned the rights to. That was fascinating because Taylor Swift aimed the attention of her audience using reduced moral friction. But what happens when you’re charging different amounts — won’t the audience pick the free option?

So how does this relate to NFTs? Someone paid me $50 for the NFT of a tweet I wrote. I couldn’t get my head around why they would do that, until I saw their site: https://v.cent.co/gallery/NFTGALLERYNL/collected. The person is putting together a collection of early tweets about NFTs for others to see. Now, it was not immediately obvious why this math makes any sense, until I remembered that there could be an eventual other side of this market — people willing to pay for curation.

The Browser is a newsletter that I initially found very counterintuitive (and therefore really interesting). For $5/month, you can get a daily email with 5 links. These five links are to stories not written by writers of The Browser, they’re the best five articles the browser’s editor thought you should read that day. There are 65,000 subscribers and while presumably most of them subscribe to the free plan, the insight here is that there is so much content out there that people are willing to pay, with their actual dollars, to not have to read the stuff not worth reading. Said another way, there is so much content on the internet now that people are willing to pay for curation.

Let’s imagine that the same thing that happened with music in the 90s happened with writing. What might that look like? As far as I know, The Browser doesn’t pay for any of its content. They’re just links. It’s all free. Imagine if a Browser competitor (or The Browser itself) said “we charge our users $5/mo, but we pay the authors. We do this by purchasing an NFT of the article.

I think there’s a good chance this would introduce some moral friction. Presuming the prices and levels of curation quality were similar, it might lead consumers to pick the curation service that buys the NFTs vs the one that doesn’t pay for its content. Why would a new entrant voluntarily increase their cost of goods sold by paying for the NFTs for any article they curated? It could be marking in what’s now a crowded field, their own sense of publisher ethics, or there could be other reasons. The waters are being tested with Packy McCormick’s post where he pays people who contributed to his insights.

As the trend grows, imagine there are a set of sites, some which charge but don’t pay for the articles and a second set which charge, but always buy the NFT of the articles they curate. Over time, the first group may start to feel a lot like the sites that let you download music for free today: they’ll feel like the scammy ones. You won’t trust them — just like the scammy mp3 download sites today, you’ll wonder what they’re doing with your data if they’re not willing to pay the writers like everyone else does. And that friction is the moral friction that could tip the scale.

When two services charge for curation, you as a consumer may have a strong inclination to direct your attention to the one that always pays for the author’s NFTs.

When two services charge for curation, you as a consumer may have a strong inclination to direct your attention to the one that always pays for the author’s NFTs. You, the consumer, are the person looking at the two versions of the Taylor Swift album and picking the one she calls “my version.”

So many products to build

Everyone I know who learns about NFTs or DAOs or Tokenization starts seeing its potential impacts everywhere. Writing this post, I would have loved to use a bit.ly type product that was a dynamic page connecting my post to the posts I’m linking to: instead of taking someone to the links in the post, it could take them to a page that said “Matt offered this writer $XXX as compensation for linking to this post, but they haven’t accepted yet, click here to tweet at them to let them know. You can still see their article by googling the title.” Once the author accepts, it would then direct the person to the article and simply note that it had been paid for.

Matt Hartman is a partner at betaworks. Betaworks is a venture capital fund investing in other people’s ideas (Anchor, Huggingface, RecRoom, Medium, Twitter, Kickstarter…) and we have also built products around these new interface ecosystems (GIPHY, Bitly, Dots…) You can find Matt at matthewhartman.com or on Twitter @matthartman. 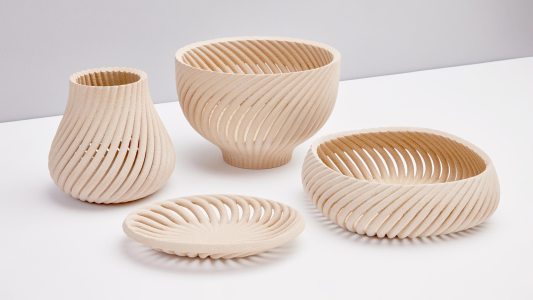