With a new record-breaking flight, the world’s largest plane is a step closer to helping the US military develop the next generation of hypersonic weapons — bringing it up to speed with Russia and China.

The largest plane: With a wingspan of 385 feet — longer than an American football field — Roc is the largest plane to ever fly, and its purpose is to facilitate the development of hypersonic technology, meaning anything that travels at least five times the speed of sound, or 3,800 mph.

Stratolaunch could air-launch hypersonic tech weighing up to 500,000 pounds for customers.

Roc’s maker, US aerospace company Stratolaunch, is designing the plane to be able to carry Talon-A, a fully reusable hypersonic vehicle, to an altitude of about 32,000 feet and then drop it. The Talon-A would then fire up its engines to reach speeds up to Mach 6 (4,094 mph).

This two-step approach to flight is called “air-launching,” and not only does it conserve fuel, it’s actually much less complicated than trying to get a hypersonic vehicle to take off from the ground.

Stratolaunch envisions customers using Talon-A to conduct hypersonic experiments, collect data on hypersonic flight, and more. The company could also air-launch payloads of up to 500,000 pounds for customers — giving them a way to test their own hypersonic vehicles.

The latest: On January 13, Roc completed its second test flight with a Talon-A test vehicle strapped to its underside. The plane broke its own altitude and duration records during the flight, soaring to a height of 22,500 feet over the course of 6 hours.

The next big milestone for Stratolaunch will be drop tests — those are expected to start sometime in the first quarter of 2023 and will give an expendable version of the Talon-A, called “TA-1,” a chance to fly.

Customer #1: Even without a single hypersonic flight under its belt, Stratolaunch is already garnering attention from the US Department of Defense.

In November 2022, the US Air Force Research Laboratory signed a contract to support the first TA-1 flight test, and in 2021, the DoD’s Missile Defense Agency signed a contract for a feasibility study with the company that will focus on responding to hypersonic threats.

Developing new hypersonic weapons — and countermeasures to them — has become a huge priority for the US military.

While its existing intercontinental ballistic missiles already exceed hypersonic speeds, those travel along a predictable path. Maneuverable hypersonic weapons would be harder for enemies to track and give the US the opportunity to dodge defensive actions.

The US military has attempted to develop such weapons in the past, but hasn’t succeeded yet for a pretty simple reason: it’s hard.

“You see a flurry of activity, a lot of investment, and then we conclude it’s a bridge too far,” aerospace engineer Mark Lewis, then-director of defense research and engineering for modernization at the DoD, told Science Magazine in 2020.

The US now needs maneuverable hypersonic weapons if it wants to match Russia and China — the former has deployed them in its war with Ukraine, and the latter reportedly tested one in 2021 — and the largest plane in the world could help it finally cross the finish line. 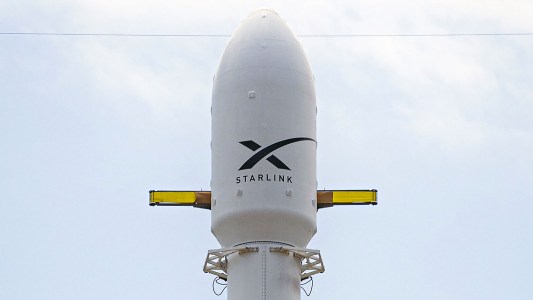 SpaceX has signed an agreement with the National Science Foundation detailing its plans to minimize Starlink’s impact on astronomy.