Japan’s capital is set to become bigger, better and incorporate a mini city, the Tokyo Metropolitan government (TMG) says in a new report.

Tokyo eSG, as its name suggests, will be built around the principles of environmental and social governance and incorporate the latest green technologies.

“The world’s first ESG city” is due for completion by 2050 and billed to become a municipal model for the global community.

Back to the future

Today’s urban planners need to adopt a forward-thinking approach in the face of urgent global challenges such as climate change and the threat of future pandemics, the project report says.

But the TMG’s vision of creating a sustainable and future-proof city that leads by example is nothing new in Tokyo’s history, it adds.

In the 18th century, Japan’s capital, then known as “Edo”, was the world’s biggest city, with a thriving circular economy. And in 1923 it had to be completely rebuilt after being devastated by the Great Kanto earthquake.

“Tokyo expanded through creating reclaimed land into the sea and that is a strong advantage for us… No one lives on the land we plan to use, so we can start from zero,” the city’s deputy governor Manabu Misaka told Bloomberg.

The Tokyo eSG project will see an unused stretch of land in Tokyo Bay extended to around 1,000 hectares (2,470 acres).

This unpopulated area was used during the 2020 Olympics to host canoeing and rowing events and, recently, for waste disposal.

Cities currently support half the world’s population and they account for more than 70% of global greenhouse gas emissions, according to the UN.

So, what’s being done to make Tokyo a clean and sustainable city of the future?

To establish what it calls a “sharing economy”, the TMG says it is rethinking ideas around ownership and consumption, as well the use of materials and waste-management.

It is hoped the project will attract ESG-focused venture capital and start-ups from around the world looking to test new technologies that can help build a circular economy. To this end, the TMG has set up a green finance scheme that provides subsidies to foreign asset managers and fintech companies with a sustainability focus.

All of the city’s energy needs will eventually be met by renewable energy, including hydrogen, wind power and floating solar farms, managed by smart grids, according to the report.

“The challenge is to build a city that will be strong against the crises we face, whether it’s infectious diseases, climate change or energy supply,” Miyasaka told Bloomberg.

While the project aims to tackle the most pressing challenges facing the world’s major cities, it is also about increasing the country’s global competitiveness.

Japan ranked 28th among the Organization for Economic Cooperation and Development countries for digital competitiveness in the 2021 IMD World Digital Competitiveness Ranking.

The report acknowledges that the country has much work to do: “Japan lags far behind in the digital shift occurring in the rest of the world. It has also fallen behind in the area of economic growth. Based on these circumstances, there is a pressing need to fundamentally reform existing systems and approaches”, it says.

The TMG is focusing on building up its 5G network in the city, in line with government plans to triple coverage across the country in the next two years. This will be essential to the swift development of a future-proof municipal infrastructure, as well as garner the interest of businesses and talent.

Building the cities of tomorrow

As well as “creating ripple effects throughout Japan”, the city’s governor believes Tokyo eSG could achieve significant international impact: “Technology is moving away from being used in the purely digital world, to physical spaces. Cities will battle to become places to develop such new technologies, and the project could become a template for other urban centres,” he told Bloomberg.

The future of cities is a major focus of the World Economic Forum’s network of Global Future Councils. The 1,000-strong membership of thought leaders – from academia, government, international organizations, business and civil society – seeks to identify how urban areas can be re-designed to work better for residents and the planet.

3D Printing
This 3D-printed home is made entirely of bio-based materials
Maine researchers are testing a new approach to 3D printing homes, swapping out the standard concrete “ink” for a material made of wood waste.
Up Next 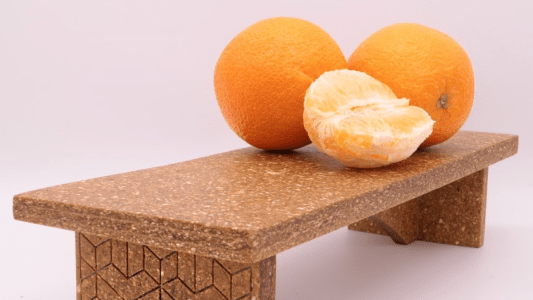