Researchers in Maine are testing a new approach to 3D printing homes, swapping out the standard concrete “ink” for a 100% recyclable material made of wood waste and bio-resins.

They’ve already built a prototype house out of the material, and if it can withstand the harsh Maine winter, they hope to scale up to printing a new home every two days — helping Maine address its shortage of affordable housing.

The challenge: Like many parts of the US, Maine is experiencing a housing crisis fueled by labor shortages and rising material costs — a report by the Maine Affordable Housing Coalition determined that the state is 20,000 affordable housing units shy of where it needs to be.

“They’re just printing the walls. That’s good, but it doesn’t solve the problem of labor.”

3D printing homes, rather than building them using traditional methods, could save time and money, making it one promising answer to the housing crisis, but construction companies aren’t using the tech to its full potential, according to Habib Dagher, executive director of the University of Maine’s Advanced Structures and Composites Center (ASCC).

“They’re not printing the foundations, the roof, the ceilings, the floors — they’re just printing the walls,” he told Fast Company. “That’s good, but it doesn’t solve the problem of labor.”

Even 3D printing walls for homes can be challenging in Maine, though — in most cases, construction printers extrude concrete or clay “inks” directly onsite, meaning homes can only be constructed when the weather is accommodating, which it often isn’t in the northern state.

The idea: Dagher’s team at the ASCC has now developed a new type of 3D-printed house that’s specifically designed to suit the needs of their home state.

Instead of using concrete, they developed a printable construction material out of bio-resins and wood waste, which is plentiful in Maine — lumber mills once sold their waste to paper mills, but those have been closing down, leaving them with a surplus of the material.

With their bio-based ink, the researchers designed a 600-square-foot prototype home that could be entirely 3D printed — from the floors to the roof — in four modules off-site and then assembled on location in half a day.

Looking ahead: The UMaine team has already built and assembled one prototype of their home, dubbed “BioHome3D,” which they’ve packed with sensors to gather data during the winter — that data could inform future tweaks to the material or the structure.

Dagher told Fast Company that the ASCC has raised $80 million to build a new research facility where it will look for ways to get its record-breaking 3D printer to pump out more material faster — the group’s goal, he said, is to be able to 3D print one of their houses every 48 hours.

The bottom line: It’s not clear how much BioHome3D would cost to build at scale, but if it’s going to help Maine’s affordable housing crisis, 3D printing homes using UMaine’s technique will need to be cheaper than constructing them using traditional methods.

The ability to print off-site means the homes could be built year-round and then assembled when the weather permits, though — potentially allowing some economies of scale in manufacturing and efficiency in construction.

“The idea that we can create housing units in a fraction of the time with a fraction of the workforce — that is an efficiency that we’ve never experienced before,” said Daniel Brennan, director of MaineHousing, the state’s official housing authority. 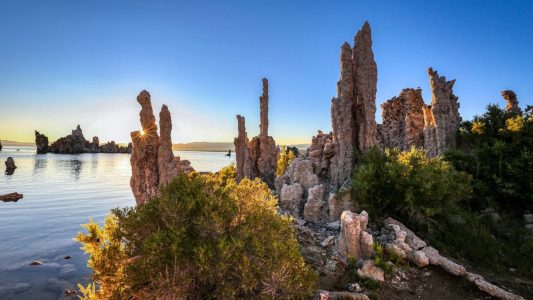 The state’s Sustainable Groundwater Management Act is a great opportunity — but only if it goes far enough.