The massive time and money savings from 3D printing means the nonprofit is very likely to print more in the future.

The American dream: Home ownership is one of the best ways to improve your economic standing in the U.S., as it can help you build equity and improve your credit score.

A mortgage payment can be lower and more stable over the long term than monthly rent, too, plus there’s the added benefits of not having to worry about keeping your lease or moving — besides having more freedom to customize your home.

However, the price of homes has increased faster than the average worker’s income in the U.S., putting home ownership out of reach for millions of Americans.

The idea: Habitat for Humanity was founded in 1976 to make home ownership more affordable for people in need of housing, typically by building new houses with the help of volunteers and the future homeowners themselves.

It then sells these homes at no profit to qualified buyers — ones with low-to-moderate incomes and excellent credit — accepting 300 hours of volunteer time in lieu of a traditional down payment.

“What really drives us is that mission for everyone to have a safe, affordable place to live,” Tawkiyah Jordan, senior director of housing and community strategy for Habitat for Humanity, told NBC News.

“We’re also interested in multigenerational wealth being developed through homeownership, which is one of the primary mechanisms for wealth generation in our country,” she added.

What’s new: In December, Stringfield and her 13-year-old son moved into Habitat for Humanity’s first 3D-printed home, which the nonprofit built with the help of construction company Alquist 3D.

Alquist used a massive 3D printer to create the structure of the home out of concrete, rather than wood and other traditional materials. The process took just 28 hours — the typical Habitat for Humanity house takes at least four weeks to construct — and it cut building costs by 15% per square foot.

Looking ahead: Now that Stringfield’s 3D-printed home has shown Habitat for Humanity the benefits of the tech, the nonprofit is eager to use it to construct more houses.

“We would love to build more with this technology, especially because it’s got that long-term savings for the homeowners,” Janet V. Green, CEO of Habitat for Humanity Peninsula & Greater Williamsburg, told CNN. 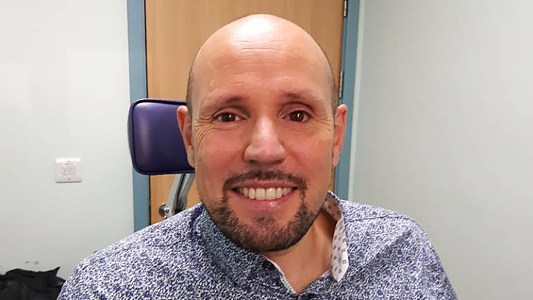 U.K. researchers have developed a 3D-printed prosthetic eye that’s more realistic and easier to produce than traditional ones.