In the face of its worst drought in centuries, California is finally getting around to regulating its groundwater use. As an agricultural economist who studies water regulation in California, I think this is a unique chance to change the way we price groundwater and protect this scarce resource. But I’m worried that we might not make the most of this opportunity.

The Western US is currently in the midst of a megadrought — since 2000, the region has seen its driest two decades in more than a thousand years, in part because climate change has brought more heat and less rain and snow.

This has put a huge strain on California’s groundwater supplies. Agriculture is the single largest user of water in the state, and in a typical year farmers get about a third of their water from underground aquifers — in a drought year, it’s more. For over a century, Californians have been taking water from the aquifers faster than it can be replenished; as a result, the ground is literally sinking in spots, and the backup water reserves needed for the future are being lost.

The problem is that in most of California, agricultural groundwater use has long been a free-for-all. While the use of surface water (like river water) is limited, essentially anyone who owns a parcel of land can pump groundwater without limit and free of charge — farmers pay only the energy costs to extract it. This is now changing.

The Sustainable Groundwater Management Act of 2014 mandates that over the next two decades, Californian groundwater agencies make groundwater use sustainable in their local regions. As of January 2022, all high- and medium-priority groundwater sustainability agencies had submitted plans — 102 of them — outlining how they would balance inflows with outflows. Those plans are now undergoing an initial review by the California’s Department of Water Resources. My research team has also trawled through them.

The stakes are high — the new legislation covers more than 95 percent of the agricultural groundwater use in the largest agricultural state in the nation.

Groundwater use can be managed in many different ways, and my work has dug into which policies are more cost-effective than others. Some agencies are proposing programs that pay farmers to leave land fallow, or peg taxes to the amount of acreage that a farmer owns. Plans like these can help to reduce water usage, and they may be easier to implement than other policies. But because they don’t put a price on groundwater use directly, relying instead on some other measure as a proxy, they don’t get to the heart of the problem.

It’s common, for example, for the media to point fingers at almond farming for being a water guzzler; there have been plenty of calls to pull up almond orchards and leave those fields fallow to reduce water use. But while almonds are the largest crop in California by acreage, they are not as thirsty as rice or alfalfa on a per-acre basis. Fixating on almonds — or whatever farmers choose to grow — distracts from the main issue.

Policies that price groundwater directly — through a tax, for example — can be harder to implement. In most places, groundwater extraction isn’t even metered, and tax measures can be voted down. But they are the most cost-effective way of achieving sustainability. This is because they give farmers the freedom to choose exactly how they want to respond to the price signal: They could buy surface water from another farmer, for example, leave some of their land fallow, switch to a different crop, or go out of production entirely, depending on their own particular circumstances.

The good news is that more than 60 percent of the 102 submitted plans mention policies that will increase the cost of extracting groundwater. This is a huge change from the status quo. The bad news is that the prices are likely to be too low (this level of detail hasn’t been hashed out yet) and are often pegged to the wrong metric. This will prevent the plans from achieving sustainability, and from doing it at the lowest cost.

My research has shown that farmers in the Coachella Valley, one of the very few regions in California that currently has groundwater meters and pricing, are fairly insensitive to changes in price — meaning a pretty hefty increase would be needed to shift their behavior (a 10 percent increase in price reduces water extraction only by 1.7 percent). The exact right price to create sustainability will certainly be different from place to place. But if prices aren’t sufficiently large, these pricing mechanisms will not move the needle enough to prevent excessive aquifer depletion.

On top of this, many of the submitted plans try to avoid reducing demand, and instead try to reach sustainability by increasing water supplies. This means building systems to capture winter flood flows and spread them out thinly so they can soak into the ground and replenish aquifers, for example, or buying additional surface water from other users. If multiple plans stake claims to the same water, they will be overly optimistic about future sustainability.

The Public Policy Institute of California has reviewed 36 plans across 11 overdrawn basins in the San Joaquin Valley — California’s largest farming region. It found that those plans rely on boosting water supplies to fix more than three-quarters of their groundwater overdraft and use demand management to fix less than a quarter. This is the exact opposite of PPIC’s own estimate of what’s a reasonable way to solve that region’s problems.

Pricing groundwater comes with short-term costs, of course. It will squeeze farmers’ bottom lines. Those who use the most water will pay the most. But that’s the point.

To address equity concerns, groundwater agencies could consider a progressive tax structure that prevents small-scale farmers from being disproportionately affected. A portion of tax revenue could also go toward supporting new regional jobs to replace lost agricultural ones.

Putting a price on groundwater could be painful for some, but least costly in the aggregate. In the end, farmers — and everyone in California — will reap the long-term benefits of recovered groundwater levels and the ability to better buffer future droughts. We just need to make the price high enough. 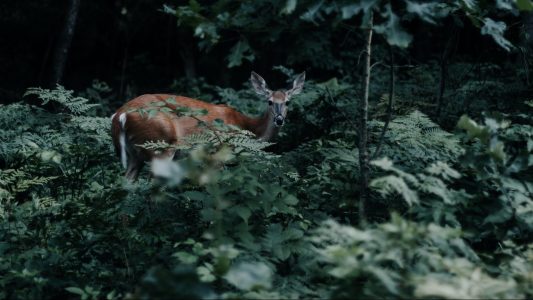 Rewilding organisations in Europe are reintroducing lost species including the Eurasian lynx and Marsican brown bear.

Ecosystems
Rewilding: letting nature do its own thing
Subscribe to Freethink for more great stories
Subscription Center
Sections
Video
Freethink
Subscribe
We focus on solutions: the smartest people, the biggest ideas, and the most ground breaking technology shaping our future.
Subscribe