Sony has announced a new PlayStation 5 controller, codenamed Project Leonardo, designed to improve accessibility in gaming with an “out of the box” controller kit capable of multiple configurations and supportive of sundry third-party accessories.

“Because players can customize Project Leonardo according to their needs, there is no one ‘right’ form factor,” So Morimoto, Sony Interactive Entertainment designer, said in a blog post about the controller.

“We want to empower them to create their own configurations.”

It’s a hardware move in line with the company’s embrace of accessibility in gaming from a software perspective; blockbuster release God of War: Ragnarok was lauded for its wide range of accessibility features.

Debuted at the tech expo CES, Project Leonardo is being developed to mitigate a variety of problems facing players with limited motor control — finger and thumb positioning, accurately pushing buttons and triggers, and being able to hold on to the controller for long periods of time.

According to Sony, Project Leonardo will come with a variety of swappable components, including various different caps for analog sticks and an array of different button shapes and sizes.

By providing a plug-and-play kit, the idea is for players to be able to design layouts for their particular physical needs.

Project Leonardo “offers the flexibility for the person to figure out how they would like to play, and how best suits them during that stage of their life,” Andy Wu, the senior director of peer counseling at accessibility in gaming nonprofit AbleGamers, said in a Sony video.

The distance between the various buttons and control sticks can be altered, and the buttons can be programmed for any supported game function. That includes assigning multiple functions to one button (this button is now “X” and “O”) or assigning two-button combo commands (X+O) to a single button.

Up to two Leonardos and one DuelSense can be operated as a single controller, Sony said, which not only allows for more layout options but also for a friend or family member to help control the game.

Four ports will allow the attachment of various other third party accessories.

“My first impression is playability,” Ken Jones, an engineer who builds adaptive controllers for veterans through his nonprofit Warfighter Engaged, tells Freethink.

“It’s an unconventional radial form factor compared to the XAC [Xbox Adaptive Controller}, which was a simpler rectangle with all ports on one side. Not sure how that’s going to work ergonomically.”

Jones says he is reserving judgment and still evaluating the design approach, since he hasn’t seen much beyond the announcement.

However, “I can only assume Sony and its partners have done their homework with user feedback and prototype play testing,” he says. Those partners included accessibility in gaming experts and organizations like Stack Up, AbleGamers, and SpecialEffect.

Jones deems the announcement of Leonardo an all-around good thing, as it will allow PS5 players with disabilities to connect with their favorite games, which is “all that matters.” 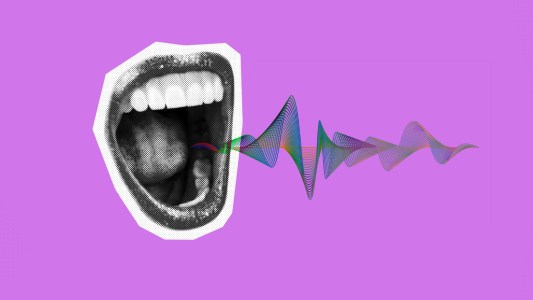 Meta has created an AI that can tell what you’re hearing based on non-invasive brain scan measurements.

AI
Meta can (kinda) guess what you’ve heard via your brain waves
Subscribe to Freethink for more great stories
Subscription Center
Sections
Video
Freethink
Subscribe
We focus on solutions: the smartest people, the biggest ideas, and the most ground breaking technology shaping our future.
Subscribe