And then she melted it.

Christy had given Chavez a sample of something she’d never worked with before: cultured salmon from the cell-based seafood startup Wild Type. Before he could even tell her what he’d already tried with the novel protein, Chavez took a torch to it. As it melted, Christy broke in with some advice: the experimental salmon didn’t handle direct heat very well yet.

“Justin just pulled a few vials out of his backpack,” says Kyle Christy. Soon, Christy would become the first chef in history to put the heat to cell-based salmon and, seconds later, the first to learn it could melt.

The chefs’ experience highlights the important gap between advancing science and creating something delicious, a divide that chefs are uniquely capable of bridging. As work on cell-based proteins — also known as in vitro, cultured, and clean meat — continues to accelerate, the chefs’ involvement in the development process, and their eventual role as early adopters, will be crucial to the new proteins’ success.

Chefs Are Using Their Kitchens to Advance Lab Innovations

While startups are turning to chefs for their intimate understanding of food, the chefs are pondering how to use their platforms to make cultured meat palatable to the general public. It’s a kitchen knife debridement of visions of mad-science monstrosities and the quite unbelievable (and uncanny) genesis of what’s about to enter their mouths.

“We as chefs don’t realize how powerful our voice is sometimes,” says Chris Jones. Formerly a chef at the famed Chicago restaurant Moto, and a Top Chef alumni, Jones is now Vice President of Food Development at JUST (formerly Hampton Creek), a pioneer in plant-based and cultured meat alternatives, most famous for their egg-free mayo (and somewhat tempestuous past).

“We as chefs don’t realize how powerful our voice is sometimes,”

Chefs can shape trends and bring what were once outliers to the table. But before they can do that, they need a product that is delicious and versatile.

“Their trade is delivering deliciousness,” Mark Erickson, provost at the Culinary Institute of America, says. Erickson believes chefs’ expertise will allow cultured meat makers to quickly reach that tasty endpoint. It is a skill set that clean meat companies are increasingly turning to as the race to get their products to market heats up.

Wild Type co-founders Aryé Elfenbein and CEO Justin Kolbeck realized the importance of chefs early, seeking their input right after founding the company in 2016. Kolbeck reached out to his friend, Portland restaurateur Peter Platt, and together they began to build a network of chefs to bounce samples off of, which would eventually include Christy and Chavez.

Kolbeck and Elfenbein introduced Christy to their salmon over some beers. “Justin just pulled a few vials out of his backpack,” says Christy. Soon, he would become the first chef in history to put the heat to cell-based salmon and, seconds later, the first to learn it could melt (a moment Christy calls “surreal”).

The chefs’ main input during development has been to help hone the aspects of the salmon that make up taste (texture, color, scent, mouthfeel, and flavor) and to put the product through the rigors of culinary preparation. While Elfenbein and Kolbeck initially envisioned their salmon being used in sushi, their chefs’ experience with how well it held on to smoke and marinade — better than wild-caught salmon, Christy says — steered them toward optimizing for dishes like ceviche and crudo.

And while they learned that direct heat is not currently viable, they also discovered that the salmon responds very well to acid, firming up into something very close to the natural fish, which Chavez, Christy, and San Francisco chef Rose Ha used to their advantage when they prepared ceviche for a tasting dinner in June.

“The downstream side, really that’s where myself and my group focus on then developing that (JUST’s products) as final finished goods, as opposed to the upstream side” of scientific research, Jones says. Eventually, chefs will be at the forefront of making sure those finished products are understood and, in the end, accepted by consumers. If no one buys clean meat, after all, their promised benefits to the environment and animal welfare will be lost.

Optimizing Deliciousness for the Sake of the Environment

Jones’ work is inspired by his daughter, whose generation will likely face the big issues inspiring cultured meat — namely, environmental impact and how to produce enough food to keep pace with global populations.

“We always joke in kitchens, wearing our paper hats, that we’re not saving lives,” Jones says. “Well, I’d sure as shit like to.”

Left Coast Catering head chef and owner (and Top Chef alum) Laurine Wickett believes that public acceptance will hinge on seeing clean meat on menus. Wickett has worked with another cell-based seafood company, Finless Foods, giving input and working with samples of their product. Wickett’s dish — fried croquettes made from cultured carp — was featured in an article by The Guardian, where journalist Amy Fleming found it tasty but lacking in fish flavor, no doubt due to it being prepared with what was basically a cellular paste.

Such alien beginnings reveal the importance of landing on products that closely resemble, and are prepared similarly to, natural foods. “I think we’re going to have to introduce them and get some understanding to the public before they fully take on this new way of thinking about proteins and foods and where they come from,” Wickett says.

The Wild Type salmon used for the June tasting dinner at Chavez’s Olympia Oyster Bar reads definitively as fish, Christy says, although it does not yet resemble salmon per se. He compared the color to something more like cured salmon, but he believes the product would be perfectly acceptable as is for tartare and perhaps other cold, smoked, and acid-based preparations.

Erickson, provost at the Culinary Institute of America, believes clean meats should be approached with a healthy caution, as any new development in food can have both positives and negatives. If meat becomes cheap, abundant, and guilt-free, an unintended side effect could be an increase in meat consumption, something Erickson believes should be curbed in our diets in general.

Beyond the scientists and CEOs, chefs will play a key role — perhaps the key role — in clean meat’s acceptance into the mainstream. Any potential to fulfill the promises of clean meat will require broad public embrace.

“For us chefs, we have an audience, we have a captive audience,” says Chavez. “If we all do this in an appropriate way, and we highlight this ingredient well, people will then be like ‘wow, this makes perfect sense.’”

Transportation
Electric car supplies are running out
People who aspire to own a brand new electric vehicle will struggle to move forward. Will this also slow down the journey to net-zero?
Up Next 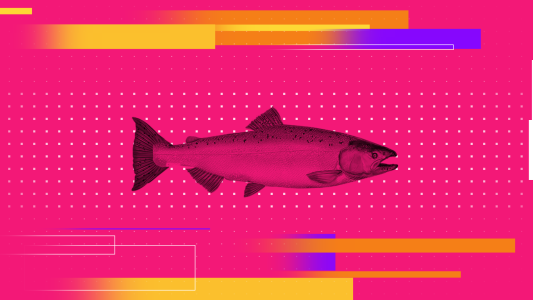 Would you eat fish that was genetically designed in a lab? What if it was your only option? Like it or not, GMO salmon and other futuristic foods are revolutionizing the global food system right in front of our eyes.

Series | Future of Food
It’s time to embrace the frankenfish7:06
Subscribe to Freethink for more great stories
Subscription Center
Challenges
Video
Freethink
Subscribe
We focus on solutions: the smartest people, the biggest ideas, and the most ground breaking technology shaping our future.
Subscribe