In North Korea, utilizing the full capabilities of a smartphone is a complicated and dangerous task. Citizens are allowed to own smartphones, but only ones that run government-made software that monitors their activity and prohibits the installation of any unauthorized software or media, which, in the Hermit Kingdom, includes just about everything: South Korean soap operas, Western literature, and any journalism not approved by state media.

But government software is just one layer of restriction. Smartphones in North Korea can only connect to a state-run intranet called Kwangmyong, which is Korean for “bright star”; access to the global internet is granted only to elites and select government workers.

But even in the face of severe penalties, a small group of North Korean hackers are bypassing their government’s digital blockades. A 2022 report published by the human rights organization Lumen and Martyn Williams, a researcher and journalist with the Stimson Center’s 38 North project on North Korea, features interviews with two defectors who described how they and other North Koreans had been jailbreaking smartphones to access forbidden content.

“We interviewed two escapees who independently told us how groups of friends or associates would help each other to get around the state controls on smartphones,” the report states. “The scale of the hacking still appears to be minor, but recent changes to North Korean law indicate national authorities view it as a serious problem.”

“The interviewees, Mr. Kim and Mr. Park (pseudonyms) were both [technologically] literate. Mr. Kim had been a programmer for the North Korean government and Mr. Park was a university student who had access to computers for over 10 years inside North Korea.”

Both had independently used a similar method to jailbreak smartphones. The jailbreaking process, also called “rooting,” worked by connecting an Android-based smartphone to a laptop, installing an application on the phone, and using that application to add, modify, or delete content on the phone without being blocked or noticed by the state-mandated software.

Why risk steep penalties to jailbreak smartphones? In addition to accessing forbidden content for themselves, the North Korean escapees said that technologically savvy citizens could sell modified smartphones for a high price on the secondary market.

“Most North Koreans are far from technology,” said Kim. “The major generation are working in their 30s but didn’t get experience with technology when they were growing up. So even if they have computers and know how to use them, they are probably not aware of how to work with a smartphone. When they want to do that, they’ll usually approach someone who understands it because they work in the field.”

Another motivation for jailbreaking phones centers on deleting records of the user’s activity. The government-made software on North Korean smartphones is programmed to take screenshots at regular intervals, an Orwellian tactic that serves to instill a sense that citizens are always being watched. Through jailbreaking, it’s possible to delete these screenshots, which not only deletes evidence of illegal activity but also frees up storage space.

The escapees estimated that between 10% and 30% of North Koreans had attempted to jailbreak a smartphone or enlist the help of someone to do so. It’s hard to say how many North Koreans are successfully jailbreaking smartphones today, in part because the government seems to have updated their digital blockades after catching on to the jailbreaking method that the escapees had used.

But stopping hackers is a cat-and-mouse game. As the state bolsters its censorship mechanisms, citizens can almost always find clever workarounds to access forbidden content and, potentially, the global internet. The escapees didn’t mention using techniques to access the global internet. However, North Korea’s 2020 law warned that companies could be fined for “not correctly controlling Internet or computer network management,” suggesting that employees of firms involved in international trade might have been gaining global access.

The hacking culture in North Korea might be nascent and small. But altogether, the wording of the 2020 law hints that citizens are bypassing digital blockades at “a scale where authorities are aware and potentially concerned,” the report states.

If hacking is on the rise in the Hermit Kingdom, it could be partly fueled by the regime’s own hacking efforts. In recent years, Western intelligence agencies have blamed North Korea’s cyberwarfare agency, dubbed Bureau 121, for attempting to steal weapons secrets, installing malware on thousands of devices in South Korea, and stealing hundreds of millions of dollars in cryptocurrencies.

The report described how some of the hackers who were jailbreaking phones had been trained by the North Korean government.

“In the case of one of the interviewees, he was specifically trained as a hacker for the benefit of the state,” the report reads. “For those involved in information dissemination and freedom of information issues in North Korea, this is a positive development. As North Korea pushes to train citizens in information technology, some of that knowledge will inevitably be funneled towards bypassing some of the digital controls currently imposed on citizens.”

Hacking
Bluetooth hack breaks into cars and smart locks
Researchers in the UK have identified a vulnerability in Bluetooth-based locks, including Kwikset smart locks and Teslas.
By B. David Zarley

Hacking
Hackers say cracking power grid tech was easiest challenge yet
During an industrial control systems hacking challenge, a Dutch team won $40,000 for cracking tech used to control the power grid.
By Kristin Houser
Up Next 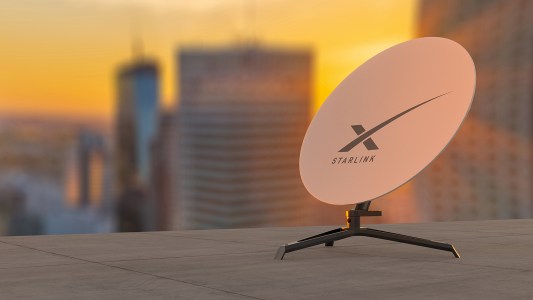 A Pentagon official was impressed by how quickly the Starlink internet network responded to electromagnetic warfare in Ukraine.