Some time in the seems-so-distant future, when the story of this pandemic is written, a strong contender for the lede will be the scene in Oklahoma City on March 11.

Moments before the tip-off of an NBA tilt against the Utah Jazz, a member of the hometown Thunder’s medical team rushed out to the referees on the court. The game was delayed 30 minutes, and the players were sent to their locker rooms. Then it was called off, the fans sent to the parking lots. Then the NBA season was suspended, the first of many leagues to close.

And for many, the pandemic suddenly became real. Among the first casualties of American social life was the sudden lack of sports during the coronavirus’s spread.

Since the whistles and roar have gone silent, a bumper crop of simulated substitutes have stepped into the void.

The first US league to cancel will also star in one of the grandest experiments in virtual sports.

NBC Sports and Monumental Sports Network are broadcasting the rest of the Wizard’s season, simulated on the popular sports video game NBA 2K20. The rest of the Washington Capitals’ hockey season will also be virtualized in NHL 20. The one-hour simulated games, played between the games’ computer-generated teams, will be broadcast on the networks, complete with commentary and contributions from Caps and Wizards’ analysts.

As the lull lags on, sports during the coronavirus will likely continue to take cues from the worlds of video games and esports.

“We hope this content gives fans a welcome outlet for their passion and interest in the Capitals and Wizards,” NBC Sports Washington’s Senior Vice President & General Manager Damon Phillips told the network’s site.

Meanwhile, in Chicago, NBC Sports will make sure South Siders have something to cheer for this spring when they simulate White Sox games on MLB: The Show.

Pros vs. Pros for COVID-19 Relief

It started, ESPN reports, with a tweet from esports personality Ibai Llanos, asking if fans would be interested in an online tournament: La Liga’s top 20 teams, represented by one player each, with the proceeds going to charity.

Within hours, some of the best footballers in the world were in.

Players from 18 teams ultimately took part in the three-day tournament (the Barcelona and Malaga franchises are sponsored by EA’s competitors), which was broadcast in Spain, China, the U.S., and various European and Latin American markets. Those who couldn’t catch it in their living rooms could follow along online — 180,000 people watched it on Llanos’ Twitch channel alone. And almost $150,000 was raised for UNICEF’s COVID-19 response by the tournament.

(The winner won’t surprise any soccer fans, by the way; Real Madrid, piloted by Marco Asensio, took the title — a consolation prize for Asensio, who was already out for the year with a knee injury.)

EA’s Madden 20 became the battlefield for NFL players to tackle each other in a tournament put on in partnership with The Checkdown, broadcast on the NFL’s Twitch page. Taking place over April 1 and 2, the brackets featured stars like Chiefs defensive back Tyrann Mathieu, Cleveland Browns wideout Jarvis Landry, and Eagle’s pass catcher DeSean Jackson.

The NFL Foundation and EA will donate $5,000 on behalf of each player, with an additional $20,000 going to the winner’s choice of COVID-19 charity.

Most ambitious of all is the NBA’s foray into simulated stakes. A player’s-only NBA 2k20 tournament will be running across ESPN through April 11. This one has some huge names: Kevin Durant, Devin Booker, Trae Young, and 13 more will play in the seeded smackdown. The winner’s chosen charity will receive a hundred grand.

Asensio’s teammate on La Liga, goalkeeper Thibaut Courtois, found himself thrust into the digital arena as well. But where Asensio was playing their game, Courtois was ripping around Melbourne’s Albert Park in a screamingly fast, open-wheeled work of digital art.

No sports during the coronavirus may be better positioned than auto racing. The key skills required of the video game versions map surprisingly well to the real deal — especially if players are running complex rigs featuring wheels and pedals, where the only thing missing is the g’s (and mortal danger).

Courtois’s Team Racing Point car was going wheel to wheel in a simulated race dubbed #NotTheAusGP. Organized by Veloce Esports, the race replaced the Australian GP (the axed opener of Formula 1’s 2020 campaign) with a lighthearted version, played on the F1 2019 video game (an obsession of your correspondent). They also ran a sequel race to replace the Bahrain GP the next weekend.

Virtual auto racing players are running complex rigs featuring wheels and pedals, the only thing missing is the Gs – and mortal danger.

Motorsport media outlet The Race hosted their own event, the All-Star Esports Battle, featuring a who’s who of racing royalty, most notably F1’s Flying Dutchman Max Verstappen and Juan Pablo Montoya. Not to be left out of the fun, Formula 1 itself announced the Virtual Grid Grand Prix Series to keep fans satisfied.

The sports shutdown has had serious repercussions: billions of dollars are at stake in European soccer alone. Hourly employees will take the brunt of it — although teams and players are stepping up to help.

The only thing guaranteed in a pandemic is the desire for some escape. As the lull lags on, sports during the coronavirus will likely continue to take cues from the worlds of video games and esports, giving sports fans something when they desperately need it.

Sports
When is the best time to exercise?
Though morning workouts may be optimal for circadian rhythms, afternoon exercise tends to be slightly more efficient.
By Ross Pomeroy
Up Next 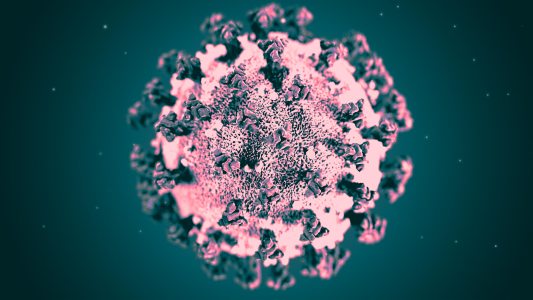