Paolo Fanciulli, a fisherman from Maremma, wants destructive, illegal fishing practices to stop — and he will go to great lengths to make it happen.

He even persuaded artists to create large marble sculptures. But to send the most powerful message, Fanciulli sank the beautiful works of art to a place few people can see: the bottom of the deep ocean.

The problem: Illegal fishing is a widespread problem that can destroy ecosystems and deplete fish stocks. Bottom trawling is one of the most destructive fishing techniques: fishers drag enormous nets loaded down with heavy ballast along the seafloor. The nets gather or destroy everything in their path, from fish to aquatic vegetation.

“The nets are weighed down with heavy chains to be dragged on the sea bottom, so they uproot all the posidonia, the seagrass that is key to the Mediterranean ecosystem.”

A lot of fish, including endangered species, get caught in the nets as an accidental bycatch. By the time the nets are hauled aboard, and the catch is sorted, many of the fish are dead. However, the damage doesn’t end there: bottom trawling can stir up toxic sediment as the net plows over the seafloor. It also mows down seagrass, which is home to many juvenile fish and destroys coral reefs.

“The nets are weighed down with heavy chains to be dragged on the sea bottom, so they uproot all the posidonia, the seagrass that is key to the Mediterranean ecosystem because sea bream, lobsters and red gurnards lay their eggs there,” Fanciulli told The Guardian.

Bottom trawling is prohibited in much of the coastal United States. It’s regulated in dozens of countries, including Australia, Brazil, Canada, Malaysia, and China and a few locations in the world, including Hong Kong, have outright banned the practice. But the problem is still pervasive, and about 1/5th of the fish eaten globally are caught via bottom trawling.

In Italy, trawling is banned within three miles of the coast. But the practice can be a moneymaker, so some anglers continue at night.

Fanciulli’s unlikely solution: Fanciulli decided to stop fishers in the tracks by making it difficult, or even impossible, to drag their nets along the seafloor. He first started thwarting trawlers by dropping concrete blocks into the ocean in 2006. The blocks would rupture the nets and hinder any effort to fish with a trawl.

“We need some sensible consumption of resources. The illegal industry is devastating everything.”

When the owner of a Tuscan quarry (previously used by Michelangelo) donated many large blocks of marble, Fanciulli decided to take the effort up a notch: he urged sculptors to create art from the donated blocks.

Artists from around the world, including Massimo Catalani and Giorgio Butini, Beverly Pepper, and Emily Young, joined in the effort to turn the underwater barricade into a beautiful museum.

The sculptures seem to be helping. The local seagrass, called Posidonia, was disappearing ten years ago, but it’s now growing again, according to Gioia Benedettini, a sea manager of the local environmental agency.

“The importance of the project is that we need some sensible consumption of resources,” Fanciulli told Good News Network. “The illegal industry is devastating everything, and with this project we can send a message to the whole world to give back; not only to take.”

Emily Young, considered the best living sculpture artist in Britain, says that eventually, her underwater sculptures will be unrecognizable. They will be transformed into lush reefs with sea grass and other plants that will make a home for fish one again.

“In time they will all be covered in plant life,” she told The Sunday Times. “There is a lovely ecosystem down there, while local restaurants can again serve local fish instead of frozen fish from Asia.” 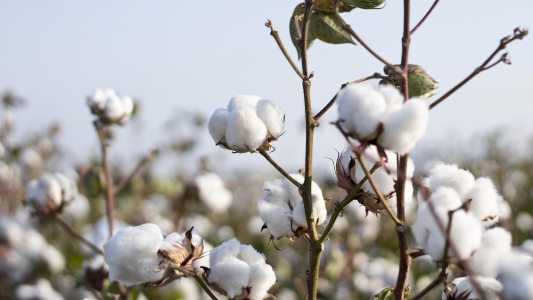