Discarded cigarette butts are getting a second life as the stuffing in teddy bears and pillows, thanks to a first-of-its-kind recycling company.

The challenge: Cigarette butts — the inch-long filters that remain after a square is smoked — are the most littered objects on Earth, with an estimated 4.5 trillion discarded every year.

Though these butts are commonly believed to contain biodegradable cotton, they’re actually made of a plastic that takes up to 10 years to degrade. During that time, the cigarette butts release nicotine and other chemicals into the environment, water, and soil.

An estimated 4.5 trillion cigarette butts are discarded every year.

CODE Effort: Naman Gupta and Vishal Kanet first started considering the problem of discarded cigarette butts after attending a party together in 2016.

​​“We looked at the two ashtrays we had filled in a few hours and wondered if one room of friends can generate so much trash, what is the scale of the waste worldwide?” Gupta told Mint in 2019.

Slow start: To work as a business, CODE Effort needed cigarette butts, so Gupta and Kanet visited local stores and cigarette sellers in Delhi, India, letting them know about the company and distributing collection bins.

They promised to pay the equivalent of $1.50 per pound of waste collected — but the first month’s haul weighed less than half an ounce.

The concept has since caught on, though, and CODE Effort now collects more than 6.5 tons of butts every month, paying a slightly higher $1.80 per pound.

Recycling cigarette butts: After collecting the cigarette butts, CODE Effort’s workers extract the leftover tobacco and paper, which are then composted and sold to farmers.

The plastic filter that remains is shredded and treated using chemicals that are 100% biodegradable. After that, it’s washed, dried, and fluffed into a cotton-like material that CODE Effort uses as stuffing for plush toys, cushions, and more.

A startup success story: Since its founding, CODE Effort has recycled about 300 million cigarette butts and earned more than $1 million, but Gupta told Good News Network that turning a profit isn’t his only goal.

“I am passionate,” he said. “It’s not just about the money. We are doing it to service society and tackle the problem society has and provide the solution.”

Planet Earth
Are we living in a baby universe that looks like a black hole to outside observers?
If the black holes that form in our cosmos give birth to baby Universes, perhaps we arose from the formation of a black hole ourselves.
By Ethan Siegel
Up Next 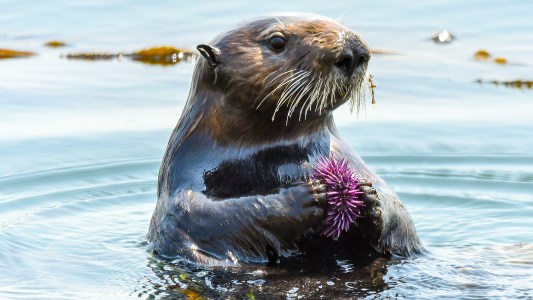