Cigarettes are bad for your health — they cause multiple forms of cancer and are the leading cause of preventable death in the U.S.

Bearing that in mind, the FDA has determined that Philip Morris’s new smokeless cigarettes — in which tobacco is heated up, but not set on fire — may be less harmful, at least in some ways, than smoking.

The agency found that users were exposed to fewer harmful chemicals, although it did not say that this meant a lower risk of health problems.

The FDA finding clears the tobacco giant to begin marketing the products, known as IQOS, as a potentially better alternative to standard cigarettes — a move that could help some smokers reduce the health effects of their nicotine addiction.

Since 2009, it’s been illegal in the U.S. to market a tobacco product as a healthier alternative to cigarettes without FDA approval.

To get that approval, a company must submit a “modified risk tobacco product” (MRTP) application, which Philip Morris did in 2016 for IQOS, its system for smokeless cigarettes.

Tobacco catches fire at about 1,110 degrees Fahrenheit, but the IQOS system heats it to just 660 degrees. That’s hot enough to release nicotine-containing vapor, which the IQOS user can inhale to satisfy their addiction, but won’t release as much tar and other carcinogenic chemicals.

On July 7, the FDA approved part of Philip Morris’ application.

“Scientific studies have shown that switching completely from conventional cigarettes to the IQOS system significantly reduces your body’s exposure to harmful or potentially harmful chemicals,” the FDA wrote in its announcement.

The studies found that IQOS releases fewer harmful substances — and that users who switched had fewer of these toxic chemicals in their blood.

To be clear, the FDA is not saying that smokeless cigarettes are safe or healthy, in an absolute sense.

It’s also not allowing Philip Morris to claim that IQOS actually reduces any health risks linked to cigarette smoking — such as cancer — just that it produces fewer harmful and potentially harmful chemicals. While it seems intuitive that less exposure leads to lower risk, the FDA said that the evidence wasn’t strong enough to prove that switching would lead to better outcomes.

Switching to IQOS is a better choice than continuing to smoke.

Still, this is the first time the FDA has granted any tobacco product an “exposure modification” order — and now that Philip Morris has that in its back pocket, it can start leaning into the marketing of its smokeless cigarettes to nicotine addicts looking for an alternative to smoking.

“Many of the tens of millions of American men and women who smoke today will quit — but many won’t,” Philip Morris’s CEO André Calantzopoulos said in a press release.

“Today’s decision makes it possible to inform these adults that switching completely to IQOS is a better choice than continuing to smoke,” he continued. 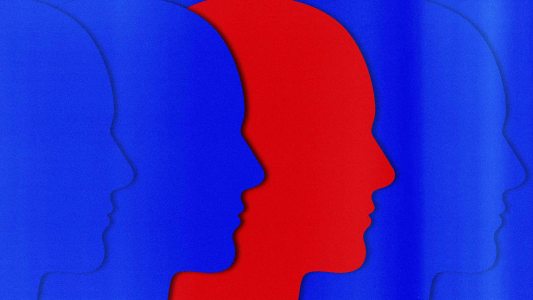 Coronavirus antibodies can disappear, according to a new study, potentially killing hopes that natural herd immunity will end the COVID-19 pandemic.

Coronavirus
Natural herd immunity to COVID-19 might be impossible
By Kristin Houser
Subscribe to Freethink for more great stories
Subscription Center
Sections
Video
Freethink
Subscribe
We focus on solutions: the smartest people, the biggest ideas, and the most ground breaking technology shaping our future.
Subscribe