Studies show that about half of the land used for high-quality coffee production will be unproductive by 2050, if nothing changes. Rising temperatures, plant diseases, and insect extinctions threaten the plant, reports Time.

I know a few coffee drinkers who must have their morning cup of joe. So if climate change tries to stand in their way, they won’t go down without a fight.

Now, a newly rediscovered coffee plant has their back.

According to scientists, coffee stenophylla, which can flourish in warmer climates, may help expand the region for coffee production and future-proof the morning ritual against climate change. Recently, scientists have rediscovered this coffee species — decades after it was last seen in the wild.

Coffea stenophylla is a West African wild coffee species. It was considered to be extinct outside of Ivory Coast until recently, where it was found growing wild in Sierra Leone by a team of scientists from the Royal Botanic Gardens (RBG) Kew, the University of Greenwich, and the French Agricultural Research Centre for International Development (CIRAD).

They say the new plant can tolerate warmer temperatures than both arabica coffee and robusta coffee, which account for 56% and 43% of global coffee production, respectively.

Of the approximately 120 coffee species in the world, several can thrive in warm and dry conditions, but they don’t pass the connoisseur’s taste test. But, according to the scientists, stenophylla coffee has a superior flavor, similar to arabica.

“Being somebody who’s tasted a lot of wild coffees, they’re not great, they don’t taste like Arabica so our expectations were pretty low,” Aaron Davis, head of coffee research at the Royal Botanic Gardens, Kew told BBC News.

“And we were completely blown away by the fact that this coffee tasted amazing. It has these other attributes related to its climate tolerance: it will grow and crop under much warmer conditions than Arabica coffee.”

The team released a paper that suggests that stenophylla could soon expand commercial coffee production to warmer places than arabica. They also say the rediscovered coffee could become a starting point for new climate-resilient coffee crops.

“Our analysis shows that stenophylla coffee grows at substantially higher temperatures than Arabica, providing the sort of robust differences we need if we are to have any chance of a sustainable coffee sector under climate change,” Justin Moat, a scientist at RBG Kew, who led on the climate analysis in the paper, told Energy Live News. 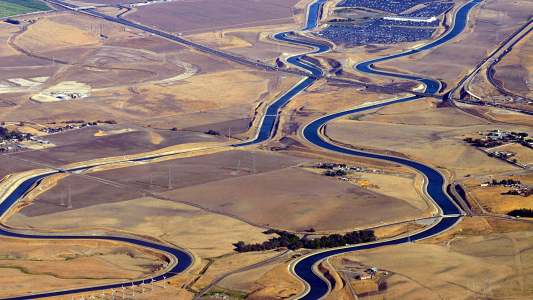 Researchers looked into what it would take to cover California’s canals with solar panels and found that the benefits of solar canals outweigh the costs.

Climate Crisis
Solar canals in CA could save 63 billion gallons of water a year
Subscribe to Freethink for more great stories
Subscription Center
Sections
Video
Freethink
Subscribe
We focus on solutions: the smartest people, the biggest ideas, and the most ground breaking technology shaping our future.
Subscribe