Oxitech, a biotech firm that has already developed genetically modified creatures — most notably GMO mosquitoes, in an effort to curb Zika and dengue — has turned its sights on a new pest: the fall armyworm.

True to their name, the voracious little caterpillars can march across an entire field, devouring crops in their way, including rice, cotton, and sorghum — and they have a special preference for maize, according to the Cornell Alliance for Science. (They’ll eat football fields, too, which is particularly bold since they’re native to Florida and Texas!)

Found in an array of drab colors from brown to gray to green, with stripes on their flanks and a distinctive upside down Y on their heads, the caterpillars grow into ashen moths — the kind attracted to stadium lights.

Oxitech’s modified fall armyworms have self-limiting genes present in the males. When they mate with a female, this gene is always passed on, and the resulting eggs are destroyed by an influx of proteins.

“Our gene produces this protein at such high levels that other natural proteins that are important for the caterpillar’s development can’t be produced,” Oxitech head of agricultural projects Neil Morrison told WIRED.

Small field trials have already begun in Brazil, with hopes of expansion in 2021.

Eating around the World

The fall armyworm is no stranger to migration; each year, it travels from its lairs in south Florida and Texas up to the Canadian border, eating delicious crops and generally being a pest. Once the winter hits, the cold-averse caterpillars die.

“When this happens, there are so many fall armyworms that entire fields can be destroyed in just a matter of days if not controlled. These ‘Armageddon-like’ outbreaks do not occur every year, but can result in complete yield loss.”

Since invading Africa and Asia, the fall armyworm has decimated crops, causing billions of dollars worth of damage; the United Nations Food and Agriculture Organization estimates they eat almost 18 million pounds of crops a year. The situation is so dire, WIRED reports, that in 2017, Rwandan troops were deployed to the fields to crush the bug’s eggs — by hand.

Obviously, squeezing out the pests literally isn’t the most effective option. The influx in fall armyworms requires an influx of pesticides, which are typically too expensive and hard to get for small-scale African farms.

Besides being potentially harmful to people and the environment, pesticides provide their own challenges, not the least among them being pesticide resistance. By genetically modifying male fall armyworms to deliver the self-destructing egg gene, Oxitech hopes to control the pest with “technology that doesn’t harm the environment,” Morrison told the Cornell Alliance for Science.

The technique would be inherently self-limiting and impact no species but the armyworms.

“We constantly have to modify our strategies, because it’s a biological system,” Anthony Shelton, an entomologist at Cornell, told WIRED. “What we need to do is find strategies that are more durable and more environmentally friendly.” 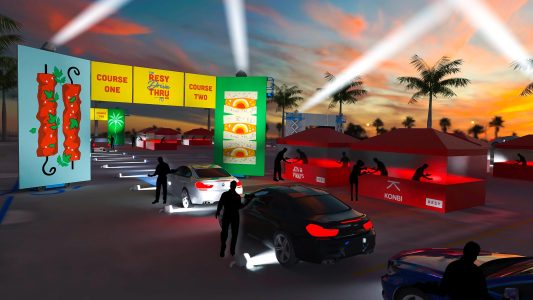 The Resy Drive-Thru could help the restaurant industry survive the pandemic by serving as a creative new revenue stream for fine-dining chefs.