Camila Reveles lives in one of the saltiest places on the planet. Her village, Praia Seca, is wedged between the South Atlantic Ocean and Brazil’s Araruama Lagoon, on a strip of land that is, in some places, only a few hundred feet wide.

The lagoon is the world’s largest hypersaline lake, with a salinity of 5.2% — much saltier than the ocean, which is 3.2%

“My wish is to make food without fresh water.”

Four generations ago, Reveles’ great-great-grandfather left Portugal for Brazil. He moved to the Praia Seca region, near Rio de Janeiro, and brought the “solar saltwork” culture — the craft of using evaporation ponds to extract salt — with him.

It turns out Praia Seca, 100 km east of Rio, was the perfect place to make salt. As the tropical sun evaporated water from the lagoon during the dry season, Reveles’ ancestors would harvest by hand the salt left behind. Today, the commercial salt industry in northeastern Brazil is outcompeting the old-fashioned solar saltworks, and one by one, they’ve shut down.

Now, the salty land, rich in biodiversity, is a hotbed for tourism. Resorts and houses are popping up quickly, and Reveles worries that all that beauty could be lost in the process. She wants to show that it is possible to cultivate the land for something other than salt and resorts. But any farmer will tell you, excess salt turns farmland into wasteland.

“My wish is to make food without fresh water,” she says. She sees the excessively salty land as an opportunity to cultivate a new crop and introduce salt-tolerant plants into Brazilian culture.

Reveles has a vision for growing halophytes, or salt-loving plants. Seaweed is commonly eaten in Asian countries, but in Brazil it isn’t exactly “comfort food.” So, Reveles is starting small and focusing on one plant: salicornia, a plant commonly found in marshes, and eaten in Europe. Once she wins over the locals with its crunchy, salty taste, she plans to grow other halophytes.

So far, her plan is working.

Reveles sells her plants to locals with adventurous palates and restaurants whose chefs are familiar with cooking techniques from Europe or other countries where salicornia is more commonly on the menu.

“We do not have to sell this land. We can preserve it and make it profitable.”

“In doing something with the solar saltwork, this abundant area, I’m trying to show another perspective. We do not have to sell this land. We can preserve it and make it profitable,” she says.

It doesn’t take a solar saltwork to spoil the land. Coastal agricultural areas and irrigated land face a high risk of building up too much salinity.

When irrigation water is introduced to a field, plants absorb the water, or it evaporates into the atmosphere. But the solutes in the water (like salt) remain in the soil. Year after year, the solids continue to build up, poisoning the soil and leading to wasted farmland.

Today, salinity has become pervasive in irrigated agricultural systems. But saltification can also happen naturally, and due to climate change. Events like storm surges, natural disasters, a rising water table, and sea-level rise can cause salt to contaminate coastal areas, as salt water enters the fields.

Jose Dinneny, a plant biologist at Stanford University, studies how plants can survive harsh conditions with limited fresh water and high soil salinity. He says that it will become necessary for future farmers to grow crops on marginal land — areas of land typically not used for agriculture, due to salinity in the soil or limited rainfall.

“As we have an increasing global population, or as we try to increase crop production for bioenergy, or as we start to think about using plants for carbon sequestration — all these needs may ultimately require that we grow plants in sub-optimal agricultural conditions. To be able to do that, we have to understand what the salt tolerance mechanisms are,” he says.

Salt degradation has already affected approximately one-fifth of the world’s farmland, costing tens of billions of dollars. And with factors like soil erosion and pollution, by one estimate, the world has lost a third of land that is suitable to grow crops in the last 40 years.

With the increase in global population, the Food and Agriculture Organization of the United Nations (FAO) predicts that food production will have to increase by 70% by 2050. But currently, the amount of crops grown on a unit of farmland isn’t increasing fast enough to meet the predicted demand for food on existing farmland.

Combined with the need for ever more irrigation, developing marginal land, and sea-level rise, the future of farming looks a lot saltier than our recent experience. But if we’re going to feed 10 billion people, we have to find a way to cope.

Reveles isn’t the only one trying to salvage land spoiled by salt. A small but growing group of people believe that the problem of hyper-salty lands can be solved with more salt — or rather, more saltwater — a practically infinite resource. With floating farms, genetically modified crops, and introducing new crops as edibles, we may have a chance at turning the problem into an opportunity.

Tapping into an endless supply of water

Some farmers are trying to grow foods with seawater by using industrial machines to remove the salt, an expensive process called desalination. But Luke Young and Rory Hornby are doing the opposite. They say seawater, 97.5% of all water on Earth, is a huge opportunity. They are hoping to tap into its surprisingly abundant nutrient diversity by adapting more crops to grow in it.

They say seawater, 97.5% of all water on Earth, is a huge opportunity.

As co-founders of the Canadian startup Agrisea, Young and Hornby say that as the salinity of soil increases, it is critical to find ways to keep growing culturally linked crops — crops that have been deeply connected to a society and its way of life for generations. The first region they hope to help is the Mekong Delta, also known as Vietnam’s “Rice Bowl.”

The volume of rice produced in the Mekong Delta has fallen slightly in recent years, due to drought and saline intrusion, and many farmers have been forced to raise shrimp as an alternative. Researchers expect rice farmers will face additional challenges with climate change, because more than half of the delta is already vulnerable to flooding from sea-level rise. Encroaching seawater could make the soil saltier, progressively shrinking the rice-growing season.

“The farmers that are there, they’ve been there for generations — ultimately, there is a cultural demand to grow rice and they only tend to grow shrimp as an alternative,” says Young. “There isn’t a current rice crop that will be able to survive in those [saltier] conditions with a high yield.”

“They’ve been there for generations — ultimately, there is a cultural demand to grow rice.”

But Young says that many freshwater crops, like rice, hint at a salty evolutionary history. They contain a common set of eight genes that enable many plants to thrive in saline environments. Plants like seagrass or mangroves have these genes — and so does rice. Only, in rice, the genes are “turned off.” Young and Hornby plan to use CRISPR to turn them on.

They are using CRISPR to insert a DNA sequence that impacts how existing genes are expressed, rather than adding entirely new genes. With the special DNA sequence, they can “turn on” one gene at a time. The plant then produces seeds with the edited gene, and the team then edits the next gene in the offspring.

In rice, the genes are turned off. Young and Hornby are using CRISPR to turn them on.

They will repeat the process for eight generations until they have a rice plant with all eight genes turned on. Other types of plants found in nature that have all eight of these genes turned on are salt tolerant. Young says that they’ve only gone through a few generations, but already rice farms will be growing their semi salt-tolerant plants this year.

Young says that the number of people innovating to grow crops in seawater is small, but the problem is enormous. It will take a variety of solutions to meet food needs in the changing climate. Keeping people fed may be the end goal, but maintaining culture is equally important.

While Young and Hornby are finding new ways to grow crops in salt-saturated soil, Yanik Nyberg plans to bring the ocean ashore. His startup, Seawater Solutions, aims to transform deteriorated coastal farmland by planting it with herbs and allowing seawater to flood the area.

As CEO of Seawater Solutions, Nyberg has selected several naturally salt-tolerant herbs, like sea blite and samphire. With endless water from the ocean, he only needs to remove seawalls and let nature take its course.

But Nyberg says what started as a way to grow crops has quickly become a large-scale effort to transform coastal ecosystems.

“Now we’re looking at whole ecosystems and tying in all the wetlands together like seagrasses, mangroves, salt marshes, and putting them all together to maximize environmental benefit on a huge bit of land,” he says. His latest venture is 10,000 hectares of coastal land in Namibia.

Nyberg sees potential for food production on degraded land, but also ecosystem restoration and carbon sequestration. These salty wetlands can grow crops without fertilizers or freshwater — two of the biggest constraints on modern agriculture — while mangroves and other plants help prevent coastal erosion and soak up carbon dioxide.

Is there a market for these sorts of crops?

“We’re going to launch our own future foods brand … to bring those lesser-known food products, while still super nutritious, climate-friendly, and carbon negative, to markets around the world,” Nyberg says.

Stanford’s Dinneny says there isn’t one solution. Genetically modified crops and adapting our cuisine to salt-tolerant crops are promising solutions, but scaling up will bring new hurdles.

“I think there are going to be questions regarding impact on natural ecosystems, productivity of those crops in the lands that are being used, and is there a market for these sorts of crops?” he says.

Even though the number of people in this arena is small, each taking a unique approach, they all agree on one thing: finding a solution to arable land scarcity necessitates innovation — and new techniques to give the world’s soil a fresh start. 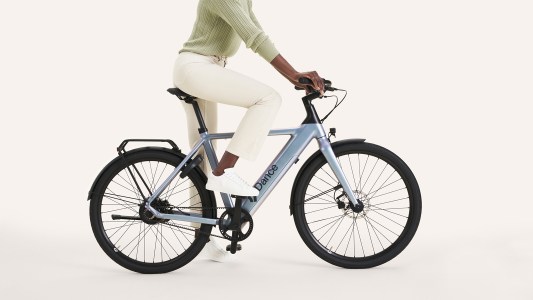 German startup Dance’s e-bike subscription service gives people a chance to enjoy the benefits of the bikes without the hassles.

Transportation
Don’t want to buy an e-bike? Subscribe to one.
Subscribe to Freethink for more great stories
Subscription Center
Sections
Video
Freethink
Subscribe
We focus on solutions: the smartest people, the biggest ideas, and the most ground breaking technology shaping our future.
Subscribe