The world is getting hotter due to climate change. At the same time, the population is growing, and incomes are rising. Add those factors together, and you get a booming market for air conditioning (AC).

While AC can help us cope with summer heat and the worsening effects of climate change, it also generates copious amounts of greenhouse gasses. Those make the problem of global warming worse, which means we need more air conditioning.

Now, a Bill Gates-backed startup is poised to break this cycle with a new kind of AC that requires 50-90% less electricity than the ones we use today — and you might be able to buy a unit for your home as soon as 2026.

Between 1990 and 2016, annual sales of air conditioners (ACs) more than tripled, and according to the International Energy Agency’s (IEA) predictions, 5.6 billion units will be in use worldwide by 2050 — a huge increase from today’s roughly 2 billion units.

ACs are doing more than just making us comfortable, too. Air conditioning has been linked to increased learning in schools and productivity at work on hot days.

And when temperatures are really high, AC saves lives — the CDC calls air conditioning “the strongest protective factor against heat-related illness.” With heat waves expected to worsen due to global warming, AC will become even more important over time.

ACs are power-hungry devices, and because our electric grids are still largely supported by fossil fuels, their usage directly releases greenhouse gasses into the atmosphere. Even before they’re turned on, AC manufacturing and transporting is heavily dependent on fossil fuels.

Another issue is intrinsic to how AC works, using heat-absorbing chemicals called refrigerants. These often have global warming potentials (GWPs) hundreds to thousands of times higher than carbon dioxide, so leakage from ACs is another way air conditioning contributes to climate change.

After adding all those sources up, scientists at the National Renewable Energy Laboratory (NREL) determined that air conditioning is currently responsible for 3.94% of annual greenhouse gas emissions. Serious innovation is needed to address the issue.

“We’ve already made the existing, century-old technology nearly as efficient as possible,” said Jason Woods, a senior research engineer at the NREL. “To get a transformational change in efficiency, we need to look at different approaches without the limitations of the existing one.”

The key to the tech is the use of a liquid desiccant, which is a type of chemical that pulls water from air. (You’ve seen solid desiccants before — they’re the little gel packets that say “do not eat” on them, often found in shoe packaging or other consumer goods that need to stay dry.)

Blue Frontier’s liquid desiccant is a proprietary saltwater solution that’s stored in a small tank inside the AC. An electric-powered heat pump is used to evaporate water in the solution. The evaporated water is recovered, and the desiccant is left with a higher concentration of salt.

When the desiccant is allowed to come in contact with warm air, it pulls moisture from it. The dehumidified air is then cooled to the ideal temperature using the recovered water and a process called “indirect evaporative cooling.”

The cooled air is released into the environment, and the heat pump is used to evaporate water in the liquid desiccant again, priming the system for another round of air conditioning.

As long as the concentrated liquid desiccant in Blue Frontier’s AC is prevented from coming in contact with warm air, it regains its cooling potential.

The system is designed so that the heat pump concentrates the salt water solution when electricity is cheapest and cleanest (often late at night). It can then store the primed solution until you need to cool your home (likely the middle of the day).

The AC does require some refrigerant, but only 20-33% as much as a traditional AC, and the way the refrigerant is used — to operate the heat pump, not cool the air — allows Blue Frontier to use a kind of refrigerant with a lower GWP.

“The combined effect is an 85% to 87% reduction in our system’s contribution to global warming,” CEO Daniel Betts told CNBC.

Blue Frontier just raised $20 million — with Bill Gates’ Breakthrough Energy Ventures leading the investment round — and plans to install its first test units in buildings before the end of 2022.

If everything goes according to plan, Betts says the company expects to have a product ready for commercial buildings in 2025 and one for residences in 2026 or 2027 — meaning a good portion of 2050’s 5.6 billion ACs could be far more sustainable than today’s units.

Urban Living
Extreme heat is changing habits of daily life
Researchers found that extreme temperatures actually have a much larger effect on human activity than the previous estimations.
By Peter Dizikes | MIT News Office
Up Next 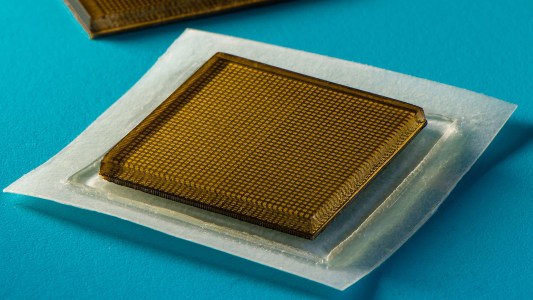 MIT researchers have created an ultrasound sticker that can continuously monitor a person’s organs and tissues for up to 48 hours.