Fashion in the 1980s was defined by leg warmers, lacey tops, and “mall bangs” — really, really tall hair. All the teasing in the world wouldn’t support these towering bangs without piling on the Aqua Net hairspray — perfectly applied from an aerosol can.

Mallrats everywhere may have been disappointed in 1987 when chlorofluorocarbons (CFCs) – volatile chemicals used in aerosol propellants and refrigerants — were banned worldwide in the Montreal Protocol.

A new study shows that it was worth it: not only did we phase out the sky-high fringe, but the ban also protected the depleting ozone layer and reduced the rate of global warming.

“As you can imagine, the consequences would have been absolutely dire.”

That worldwide agreement made in the ‘80s was meant to safeguard the ozone layer by phasing out ozone-depleting chemicals. It turns out, those chemicals are also thousands of times more potent as a greenhouse gas than carbon dioxide.

Why it matters today: More than three decades later, a team from Lancaster University in the U.K. shows how effective that decision was when it came to global warming. In a study published in Nature, they demonstrate how doing away with CFCs has slowed the expected rate of global warming by roughly 2.5 degrees C over the following century.

“The world acted and responded to that warning [over the ozone layer] and avoided a world that would have been pretty devastatingly awful,” climate scientist Paul Young, and lead author of the study, told the Financial Times. “The hope is we can do something similar with climate. It just won’t be that easy.”

What could have happened: CFCs were ripping a hole in the ozone layer, which protects Earth from the sun’s ultraviolet rays. If the ban hadn’t occurred and CFCs continued to wreak havoc on the ozone layer, we would be living in a very different world.

“As you can imagine, the consequences would have been absolutely dire,” Young told CNN.

The thinning ozone layer would have allowed ultraviolet radiation to reach Earth, causing damage to plants and their ability to sponge up carbon dioxide, reports Yale Environment 360. Plus, the chemicals would trap heat at the planet’s surface, warming it up like a sauna.

“Thankfully, this is now a scenario that is science fiction,” Young said.

While we are still facing rising global temperatures, getting rid of CFCs gave us a shot at avoiding the most extreme scenarios. 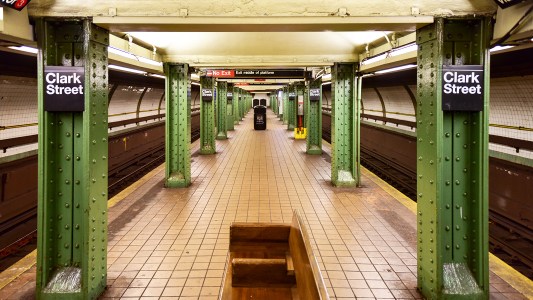 In the wake of Hurricane Ida and the flooded New York City subway system, can we rebuild flood-proof subway tunnels?

Climate Crisis
Is it possible to flood-proof the subways?
Subscribe to Freethink for more great stories
Subscription Center
Challenges
Video
Freethink
Subscribe
We focus on solutions: the smartest people, the biggest ideas, and the most ground breaking technology shaping our future.
Subscribe