LA will be the first city to benefit from the tech giant’s brand new Tree Canopy Lab, an AI-powered project designed to help lower temperatures on urban streets by showing a city exactly where it should plant more shade-producing trees.

The world is warming and cities are particularly susceptible to rising temperatures due to what’s known as the urban heat island effect.

Infrastructure such as roads, buildings, and parking lots absorb and re-release the sun’s heat more readily than trees and grass. Because cities are packed with these man-made structures, they can end up being several degrees hotter than the more rural areas around them.

Increasing the number of shade-producing trees in a city can help lower street-level temperatures by blocking some of the sunlight.

However,  it’s hard to know exactly where trees are most needed.

For a massive city like LA, even knowing where existing trees are can be a challenge — manual tree counts are expensive and time-consuming, and when the city tried to use LIDAR for a tree census, it found the tech suffered from the same shortcomings.

Google’s Tree Canopy Lab uses a combination of aerial images and AI to map the area of a city where trees produce shade, also known as its tree canopy coverage.

For LA, Google started that process by collecting color and near-infrared images of the city from planes in the spring, summer, and fall. A special tree-detection algorithm then analyzed the images to determine the density of tree coverage across the city.

Google then created an online platform that combines the tree canopy coverage data with information on population density and vulnerability to extreme heat (how likely heat-related events are to impact residents’ health).

For the latter variable, Google relied on data from the California Heat Assessment Tool. That tool analyzes meteorological data and the impact of past heat-related events on residents’ health to determine an area’s vulnerability to extreme heat.

City officials can use all three factors when considering where to prioritize new trees — they could use it to identify places with less than 15% tree canopy coverage and an above-average extreme heat vulnerability, for example.

One of the goals is to more equitably distribute greenery throughout the city. Today, low-income neighborhoods usually have less trees and greenspace — as well as higher levels of pollution — than higher-income areas.

“We see it across the country where different communities within cities don’t have the same access to that green cover,” Los Angeles City Forest Officer Rachel Malarich told Smart Cities Dive. “We’re looking at tracking our progress and making prioritizations with the tool.”

“We’ll be able to see if the plans and policies we’re putting in place are having the desired impact,” she added. “Are we having an increase in canopy in these communities or are there adjustments we need to make to reach these goals?”

LA’s goal is to plant 90,000 trees by the end of 2021 and 20,000 each year after, and city officials plan to use the Tree Canopy Lab data when deciding where those trees will have the most impact.

Google hopes to bring its Tree Canopy Lab insights to hundreds of other cities in 2021 and is already soliciting requests from officials interested in spreading more shade across their cities.

We’d love to hear from you! If you have a comment about this article or if you have a tip for a future Freethink story, please email us at tip[email protected]. 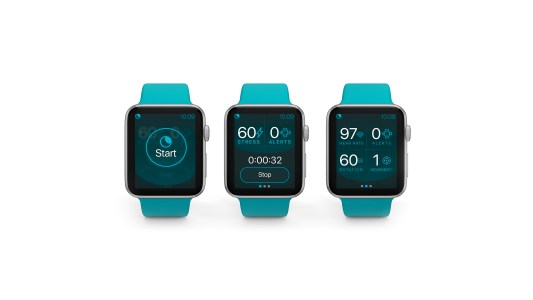 A prescription-only watch that treats nightmare disorder is the latest in a growing subset of health technologies called prescription digital therapeutics.