When a volcano eruption happened in the Galápagos Islands, researchers were ready: they had been waiting 13 years for this moment.

They had laced the volcano with seismic monitors, which continuously recorded motion, position, and chemical data. Now, armed with the data, they have new insight into the changes a volcano undergoes — early warning signals for a pending eruption.

“Based on constant monitoring of activity of Galapagos volcanoes since 2013, we detected a dramatic increase of seismicity and a steady uplift of the crater floor at Sierra Negra,” said Mario Ruiz from the Instituto Geofísico, the national monitoring agency of Ecuador, in a press release.

The international team, led by the University of Edinburgh, Penn State , and the Instituto Geofísico in Ecuador, captured the volcano eruption with a whole new level of detail.

The Galapagos Islands have been a hot spot for scientific research since Darwin’s expedition there in 1835. They are known for a diversity of animal and plant life, but the isolated islands are 1,000km from Ecuador, the nearest coast, making them still largely a mystery.

The volcano, called Sierra Negra, erupted in June of 2018, spewing lava flows for about ten miles. The intense volcano eruption lasted for two months — a reminder of how destructive such events can be for slow-moving animals like giant tortoises and iguanas.

They found that the volcano inflated and fractured before it finally erupted, and the surface rose as a result of accumulated molten rock under the volcano, they reported in Nature Communications.

The volcanic crater, called a caldera, formed by the eruption extended two meters high as a result of the eruption. An asymmetrical collapse in the floor of the crator, called a  “trap door,” likely triggered earthquakes that led to the volcano eruption.

“The power of this study is that it’s one of the first times we’ve been able to see a full eruptive cycle in this detail at almost any volcano. We’ve monitored Sierra Negra from when it last erupted in 2005 through the 2018 eruption and beyond, and we have this beautiful record that’s a rarity in itself,” said Penn State’s Peter La Femina.

This new data helps the team understand the evolution of volcanic unrest — offering a unique opportunity for monitoring and warning local authorities and the public of a pending volcano eruption before it strikes.

“The 2018 eruption of Sierra Negra was a really spectacular volcanic event,” said lead researcher Andrew Bell from the University of Edinburgh’s School of GeoSciences, “with important new understanding as to how these volcanoes behave and how we might be able to better forecast future eruptions.” 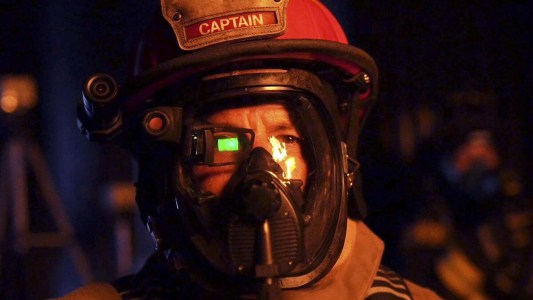