Every day thousands of waves crash upon a shoreline, dispersing energy before retreating to sea.

After decades of stop-and-go efforts, the Federal Energy Regulatory Commission has finally approved a new testing site off the coast of Oregon — the first commercial-scale, utility grid-connected test site for wave energy.

How Is Wave Energy Produced?

Wave energy is produced by wind flowing over the ocean’s surface. As wind moves over the sea, a portion of its kinetic energy is transmitted to the water below, creating waves.

But capturing that energy is tricky. It is costly to get started, and the technology is challenging to engineer.

Oregon State University is developing a test site called PacWave South. It is seven miles from the coast and consists of two square miles of open ocean, where developers can conduct large-scale testing.

There, up to 20 wave energy converters will be bobbing up and down in the ocean, anchored to the seafloor, and connected to underground cables carrying electricity to a shore facility, reports Grist.

Wave generators work by converting the up and down motion of waves into electricity. There are several types of generators that are driven by mechanical forces, like those that use linear-to-rotary converters or hydraulic pumps. And oscillating wave surge converters create energy from the relative motion of the floating object compared to the one fixed to the seafloor. But waves are unpredictable and come in many different sizes and from different directions, making it very difficult to design a wave energy converter.

“It’s one thing to build and test a device in the lab in a controlled setting where the waves are of uniform size and frequency,” MIT wave expert Chiang C. Mei says. “But in the ocean, where waves come in many different shapes and sizes, the devices haven’t performed as well,” Mei told Jeremy Shere, in The Power of Waves.

Ocean waves move the wave energy converter, and that motion drives a generator, which generates electricity. The challenge is to figure out how the machines transform the energy from low-speed ocean waves into the high-speed action needed for generators.

Exactly how to do that efficiently and cost-effectively is the primary objective of the test site. Eventually, the wave energy is transferred to the cables as electricity.

“Before you get certification to develop a commercial-scale farm, you have to actually demonstrate success at full scale,” Jesse Roberts, an environmental analysis lead at Sandia National Laboratories’ Water Power Technologies department, told Grist. “Now that this test facility exists, there’s actually a pathway to doing that in the United States.”

What Is the Future of Wave Energy?

The global market for wave and tidal energy was estimated at $542.8 million last year and is projected to reach $5.1 billion by 2027, according to Businesswire. The World Energy Council predicts that ocean energy could meet 10% of global electricity demand.

“This is a significant milestone for Oregon State and for PacWave, but it is also an important milestone for the industry, because of the project’s approach to addressing environmental uncertainty and its overall commitment to advancing the state of marine renewable energy,” PacWave Project Manager Justin Klure told Renewable Energy Magazine.

“The knowledge developed during this process and the precedent set for how to approach new projects like this will likely be used for years to come.” 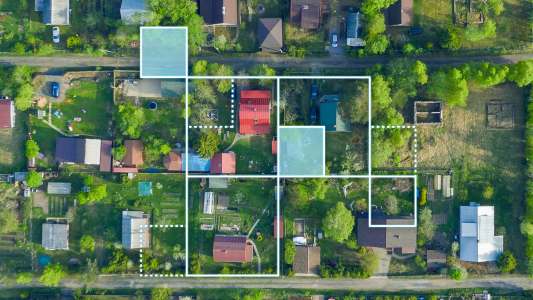 Although their roots date back thousands of years, city grids are starting to inspire modern urban planners. Is the grid still the best way to build?