If something breaks in space, repairing it can be a matter of life and death. But flying tools and spare parts into space is pricey: Anywhere from $4,500 per kilogram to $60,000 per kilogram, depending on the type of cargo and destination. Something like this toolbox–actually made for use on the International Space Station–costs a fortune to get off planet Earth.

“No matter how much rockets bring down cost, this doesn’t fix the problem of the things that can’t be launched–the un-launchables. We want to make the un-launchables.” – Jason Dunn, co-founder of Made In Space

But there’s now a new way for astronauts to get some of the tools they need: They can simply tell a robot to build tools they need, as they need them, using a light-yet-durable material. Astronauts aboard the International Space Station are doing this right now using two zero-gravity 3D printers from a startup called Made In Space.

Started by a group of 30-something aerospace nerds, the company’s printer made history by allowing humans to manufacture off-planet for the first time in the history of mankind. Not bad for a startup. And it could be just the beginning; Within a decade, Made In Space hopes to manufacture things in space that are so large humans couldn’t launch them if we wanted to. Like asteroid ships. 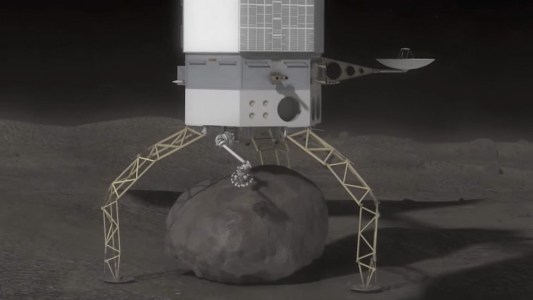 Billions spent on projects of questionable benefit – like the plan to capture an asteroid – raises the question:…

Asteroids
What a controversial asteroid mission tells us about US space policy
By Mike Riggs
Subscribe to Freethink for more great stories
Subscription Center
Sections
Video
Freethink
Subscribe
We focus on solutions: the smartest people, the biggest ideas, and the most ground breaking technology shaping our future.
Subscribe