In episode three of Challengers, we profiled Dr. Leslie Dewan and her startup nuclear power company, Transatomic. Following filming, we reached out to Dr. Dewan to discuss the viability and future of nuclear energy in the U.S. and around the world.

Mike: I was wondering if you could walk me through what the economics of nuclear as compared to fossil fuels and renewables are right now?

Leslie: Absolutely. For nuclear power, as with any other carbon-free energy generation source, the cost is absolutely of paramount importance here. Nuclear is only going to matter if you can make it cheaper than fossil fuels generally and coal in particular.

Right now, in the U.S. especially, nuclear reactors are more expensive than fossil fuels and many other carbon-free energy generation sources. That has really slowed nuclear development here. Another factor is extremely cheap natural gas prices. Due to increased fracking over the past few years, cheap natural gas prices have really depressed the market for nuclear and other carbon-free sources.

With all types of nuclear reactors, both existing plants and advanced designs, the majority of your cost is the upfront cost of construction. The operating and maintenance cost is comparatively very low. That means once you have a nuclear power plant running, it’s comparatively cheap to have it produce a large amount of electricity. But the significant up-front capital cost is a pretty big hurdle for getting more nuclear power plants up and running.

That’s partly why I think it is such a shame to shut down some of the existing nuclear units. The Vermont Yankee Nuclear Power Station, which began operating in 1973 and was shut down in 2014, was still a viable, very functional facility. Vermont has made up that energy gap with additional fossil fuels.

Mike: Brad Plumer at Vox has written about how concerning it is that we’re retiring nuclear power plants instead of thinking about it as one prong in a multi-prong energy strategy. But natural gas is really cheap right now, and it seems like that’s always going to be the bottom line. We’re going to go with what’s cheapest. What are the prospects of making nuclear cheap? How much of the upfront capital cost, for instance, could be lowered? In a perfect world, how much cheaper could it be to just get a nuclear plant constructed and up and running?

One of the big benefits of the advanced reactor component that can make some of these lower costs is that many of those designs operate at atmospheric pressure, so you don’t need a large containment dome. That dome can be about 20% of the overall cost of the plant, you can get significant savings there.

One of the other benefits of some of the advanced designs is that some of them are smaller. There’s this whole category of what’s called small modular reactors. The vision is that you’d be able to mass manufacture them the way Boeing makes airplanes, put them together as much as possible in a central location, and then ship them out worldwide. That isn’t something specifically that Transatomic is working on, but it’s sort of an overall vision that a lot of people in the advanced reactor sector are investigating. New Scale is one company in particular that’s making really great strides on the small modular reactor front. You get that mass manufacturer benefit going forward.

One of the other potential benefits is that simply by having a smaller facility, your financing costs would be considerably lower. That means that your payback period for the plant would also be significantly lower, so it’d be, say, a 4-year payback period instead of an 8-year payback period. That’s a much more manageable investment for a utility.

Mike: One of the things we talk about with energy is jobs. Pipelines, for instance, bring jobs. Does more nuclear also mean more jobs? It has to, right?

Leslie: I think that’s one of the immense benefits mass manufacturing of modular reactors could really bring to the United States. It would contribute to the U.S. manufacturing economy and the export economy in a lot of ways. We’d be able to make good reactors here in this country and ship them worldwide.

Mike: What is the prospect of India or China moving more quickly than the U.S. to innovate on nuclear energy? I don’t get the sense India is racing quite as quickly as China, who seems to have gone all-in.

Leslie: China is definitely moving extremely quickly in terms of both conventional reactor construction and also investment and development of advanced reactor technology, and I think that’s driven by the very pressing need for better carbon-free energy technology. I was in China back in September, and the effects of the air pollution are so visceral and so undeniable that you can really see why there’s such a strong nationwide push in China for a wide variety of carbon-free technology.

Mike: Can private investment fund the next generation of nuclear reactors?

Leslie: A study from 2015 identified dozens of nuclear companies backed by about $1.3 billion in private capital. So I’d say now, much more so than a few years ago, investors really understand advanced nuclear as its own sector.

Mike: One of the things I found really interesting while working on our New Space Race series is how private space investment has evolved over the last decade. The earliest private investors were space enthusiasts. Then a string of successful launches and the growth of the cubesat industry brought in more conventional investors who realized the returns could be there in years rather than decades.

Leslie: I think the parallels with aerospace are extremely accurate. In our early days, when we were looking for potential investors, we talked to people who were more familiar with making software investments. We’d pitch them, they’d love it, and then they’d say, “Okay, can you get one of these built in 6 months? In a year?” And we’d say, “No, it’s going to take 10 years and hundreds of millions of dollars to bring this to fruition.”

It took us awhile to match up with investors who appreciated the time horizon and the dollar amount involved. When it really clicked for us was when we realized there weren’t any nuclear investors to talk to because there weren’t very many nuclear startups at the time. That’s when we decided we had to talk to people who had been making aerospace investments, because those are similar dollar amounts and time horizons.

Mike: 10 years is not a crazy amount of time. Artificial intelligence investments are probably operating with that horizon. There’s a whole smattering of technologies that are nascent but making big leaps and bounds, and for which 10 years does not seem an unreasonably long wait.

Leslie: Yeah, and the difference between a 10-year wait now and a 10-year wait five years ago is that the uncertainty is reduced. In the past, you’d say, “Well, it’ll take 10 years and there’s a lot of uncertainty as to whether it would pan out at the end of those 10 years.” Today, there’s a much clearer pathway to seeing how you can get a successful outcome in that window. 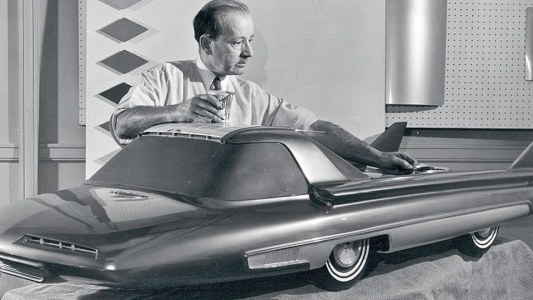 For a couple decades people thought nuclear power was the answer to pretty much everything. And they came up with…

Sustainability
Four crazy ideas from the golden age of nuclear
Subscribe to Freethink for more great stories
Subscription Center
Challenges
Video
Freethink
Subscribe
We focus on solutions: the smartest people, the biggest ideas, and the most ground breaking technology shaping our future.
Subscribe