If you were to guess what industry emits the most carbon dioxide, you might say transportation, fashion, or agriculture. But, surprisingly, concrete ranks among the top. It is so bad that The Guardian dubbed it the “most destructive material on earth,” because it emits an insane amount of CO2. The concrete industry is responsible for 8% of all carbon emissions — if the concrete industry was a country, it would rank third highest in emissions behind China and the U.S.

And yet, reinforced concrete is used in the construction of millions of new buildings around the world.

But researchers have found a way to reduce its potency. A team of architects and engineers revealed a strategy to decrease steel and concrete in a demo footbridge in Venice — which oddly resembles a giant fidget spinner.

The solution: remove the reinforcement.

The problem with concrete: Concrete is the most consumed material in the world, second only to water. The material is pervasive because it has many practical uses — from building homes to forging dams that protect from storm surges. Reinforced concrete, concrete with steel embedded in it, is a foundation for the infrastructure of many essential industries: education, healthcare, transportation, government, and more. It would be next to impossible to live without reinforced concrete.

Concrete is the most consumed material in the world, second only to water.

But the 2.8 billion tonnes of CO2 concrete emits falls just behind the total emissions of China or the United States — the two countries with the most CO2 emissions, reports Yale Environment 360.

Emissions aside, concrete thwarts natural habitats, covers and chokes ecosystems, and heats cities. We produce more concrete every two years than the plastic made in the past 60 years. Planet Earth is becoming a concrete world. And the steel used for reinforcement and the cement that binds the concrete together are at the heart of the problem.

The 2.8 billion tonnes of CO2 concrete emits falls just behind the total emissions of China or the United States — the two countries with the most CO2 emissions.

The solution: A team from Zaha Hadid Architects, ETH Zurich, and the Block Research Group decided to remove the reinforcement to build their approximately 39×52 foot arched pedestrian bridge.

While their construction methods harken back to the classic masonry arch construction, their materials are novel, with angled blocks arranged in an arch. They 3D printed concrete and applied it at right angles instead of pouring it horizontally. In doing so, they built a strong bridge without the added steel.

Due to the design, the loadbearing concrete structure uses significantly less material overall — including no steel or mortar. And, due to the bridge’s geometry, the angular blocks transfer the load to the footings, keeping the entire structure stable. And because it doesn’t need mortar, the bridge can be taken apart and reassembled elsewhere.

“This precise method of 3D concrete printing allows us to combine the principles of traditional vaulted construction with digital concrete fabrication to use material only where it is structurally necessary without producing waste,” said Philippe Block, a professor at ETH, reports Futurity. 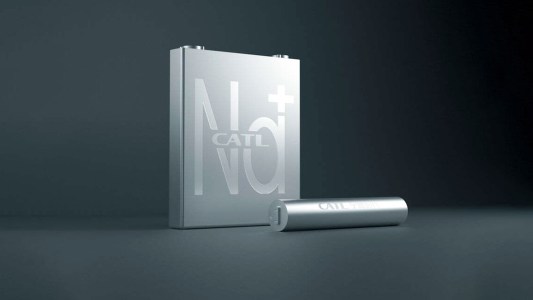 The world’s biggest battery maker for EVs is now manufacturing a sodium-ion battery that could help end the industry’s dependence on lithium.