You walk past a club at 7 a.m. and hear house music blaring. Odds are you’d think that the people dancing inside had been up all night partying. Not at Daybreaker. Since 2013, the company has been throwing morning dance parties that feature yoga and fitness followed by a couple hours of “dance with reckless abandon.” All before work.

From contemporary arts centers to malls to rooftops, the venues for the parties are always changing. But the idea behind Daybreaker events is always the same: create a space where absolutely anyone is welcome to join a community focused on health and self-expression.

Still, to Daybreaker co-founder and CEO Radha Agrawal, there was no guarantee that people would show up when the company first started hosting events nearly a decade ago.

“Would people be willing to connect in the morning, when their energy was most full, without alcohol, without drugs?” Agrawal told Freethink.

As a serial entrepreneur, Agrawal viewed Daybreaker as a side project when she helped throw the first event in 2013. The party had a budget of $2,500 and was attended mostly by friends. But it was such a success that people kept asking for more events, and the idea took off from there.

Today, Daybreaker boasts a community of more than 500,000 people across 30 cities worldwide.

What’s the secret to its success? That the events offer more than a bit of pre-work exercise.

“When you come to a Daybreaker event, you think you’re going to just come to a dance party,” Agrawal told Freethink. “But what you’re actually getting is 10 years of therapy in three hours.”

A Daybreaker event might not be therapy in the conventional sense, but there’s good reason to believe that the company’s unique blend of exercise, yoga, and dancing confers real physical and psychological benefits to attendees.

At Daybreaker, that fitness blend is called D.O.S.E., which stands for dopamine, oxytocin, serotonin, and endorphins. These neurotransmitters and hormones act on the reward centers of the brain.

Dopamine, for example, not only enables us to feel pleasure, but it’s also key to strengthening our motivation. Regular exercise can both release dopamine and increase the amount of dopamine receptors in the brain, which is especially important considering research suggests we lose about 13% of our dopamine receptors every decade.

Oxytocin, often called the “love hormone,” helps to bolster our bonds with others, with research showing that our levels of the hormone increase when we’re doing things in close proximity with others, such as singing in a choir or dancing. Prolonged exercise also boosts your levels of serotonin, which helps stabilize mood and sleep schedule. Exercise also releases endorphins, which are responsible for “runner’s high” and reducing  pain and inflammation.

“When I think of designing experiences, I think about it through the lens of your brain,” Agrawal told Freethink.

In addition to dancing, exercise, and yoga, Daybreaker aims to maximize its D.O.S.E. method by selecting DJs that play upbeat and positive music, having a “hugging committee” greet attendees at the door, and fostering a sober atmosphere that encourages self-expression.

Before the pandemic, Daybreaker was expanding quickly in both revenue and community members, despite not spending any money on marketing. But COVID forced the company to cancel all of its live events.

“We literally did not have a business,” Agrawal told Freethink. “But we had a community.”

If Daybreaker was all about promoting a healthy, community-focused lifestyle, the pandemic was arguably the antithesis. But the company was determined not to leave its community members hanging.

So Daybreaker threw together a livestream event. About 6,000 community members tuned in or streamed themselves, many dancing and sporting the kinds of eccentric and brightly colored outfits common at live events.

Like many early-pandemic virtual meetings, the first attempt was a bit awkward.

“I’ll never forget the glitches, people couldn’t hear us. It was like a tech nightmare,” Agrawal told Freethink.

But moving Daybreaker online was also difficult on a more fundamental level. After all, the company’s identity was based on the values of moving, dancing, and enjoying each other’s company in person. What’s lost when the whole thing goes virtual?

Some aspects, to be sure. There is no one-for-one substitute for being part of a community in person. But while Agrawal initially hesitated about the move to virtual, she also realized that many of the community members, particularly older ones, were stuck at home and missing out on activities and a community to which they had grown accustomed.

Daybreaker also teamed up with researchers at the Greater Good Science Center to develop an app offering on-demand classes, live streams, and fitness routine suggestions designed with the company’s D.O.S.E. philosophy in mind.

What started as a group of friends experimenting with a healthier take on raves eventually grew into an international company with revenues in the seven figures. To Agrawal, one reason why Daybreaker succeeded is because it didn’t follow the conventional approach to live events, which is usually just: How can we fill a room?

Daybreaker fills rooms because it has created a strong community from the ground up. Still, as revenues grow and the company expands to more cities, Agrawal said Daybreaker is focused on maintaining the same kind of grassroots, human-focused focus it started with nearly a decade ago.
“I think one of the most exciting insights that I learned over the years was not to just be driven by the data, but how can we be driven by human insights? How can we merge together these worlds to create a much more thoughtful decision for how to move a business forward?” 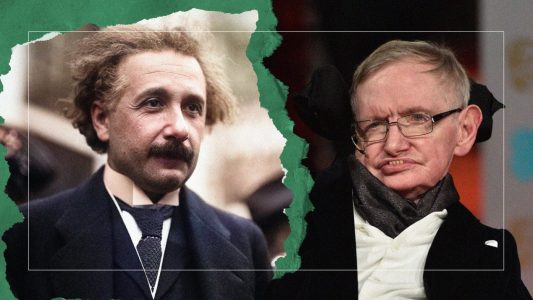 Why some people are considered geniuses while other equally impressive people are not seems largely arbitrary.

History
Why Einstein is a “peerless genius” and Hawking is an “ordinary genius”
Subscribe to Freethink for more great stories
Subscription Center
Sections
Video
Freethink
Subscribe
We focus on solutions: the smartest people, the biggest ideas, and the most ground breaking technology shaping our future.
Subscribe