A few creative individuals, often labeled “geniuses,” have had a profound and lasting impact on science, culture, and society. Sure, we admire the achievements and legacy of this lofty few, but it’s a puzzle to determine what, precisely, launched these specific innovators into the stratosphere. The simplest answer — and one we take for granted — is that the root of genius is raw ability. Yet, decades of research indicate otherwise: Exceptional talent or intellectual prowess is no guarantee of exceptional achievement. And exceptional achievement is, of course, no guarantee of recognition. Even a significant breakthrough doesn’t ensure that an individual ultimately will be labeled a genius.

Despite an enormous body of academic work and popular writing on outstanding achievement, little has been gleaned that helps us understand what makes someone a genius. That’s because most studies are hampered by a unique selection bias. Because they focus on recognized geniuses, they ignore the unrecognized cohort of individuals who work in the same creative domain. Without collecting data on the “also-rans,” these studies are essentially testing a drug without a placebo.

This is a limitation rooted in data availability: decades of scholarship on genius relied on manually collected data. This meticulous procedure does not scale to encompass the numerous less visible creators toiling in a genius’s shadow. The lack of a comparative control — a genius placebo, if you will — creates problems. If a study of 100 accomplished individuals finds that they all began their day before 6 a.m., we are forced to conclude that setting a pre-dawn alarm is the secret to outstanding achievement. Yet, over a billion individuals wake up before sunrise without attaining exceptional accomplishments.

Luckily, big data has fundamentally changed our ability to explore the patterns behind accomplishment. We now have access to the complete scientific publication records of the 20th and 21st centuries, allowing us to reconstruct the career of each creator, regardless of how well-known they were. The ability to juxtapose geniuses and also-rans has offered an unprecedented opportunity to systematically explore the collective patterns responsible for the emergence of genius.

Working with Alexander Gates and Qing Ke at the Network Science Institute at Northeastern University, we cataloged the publishing history of nearly six million scientists, together with the scientific impact of each discovery. We then contrasted this massive data set with a much more selective list of recipients of a few hundred scientific prizes, as well as a comparatively selective data set of nearly 70,000 scientists whose accomplishments had garnered them enough recognition to warrant a Wikipedia page. We also factored in mentions of scientists in 12 million news articles and 31 million Google searches. It was almost like sorting through six million CVs to locate the top candidates.

This process offered us an unparalleled opportunity to answer the question of what, precisely, elevates some scientists to the level of genius: was it their output, the impact of their discoveries, or their recognition within and without their field? While our study spanned all of science, for the purposes of explanation, I will focus on physics since it is a field particularly rich in labeled geniuses. Our analysis is still ongoing, but the results so far already have offered unique insights into the emergence of genius.

What makes a genius?

To understand what makes a genius, we first need a corpus of labeled geniuses. We relied on collective wisdom to achieve this, using 22 community-curated lists of prominent physicists, together containing 375 “physics geniuses,” from Galileo to Marie Curie. These are people identified by the larger culture, their impact often going beyond their field. There are roughly 100 of them, once we limited our lofty crew to those active in the last 120 years for whom we can glean accurate data, from publication history to scientific impact. This rarefied group is almost exclusively white and male, reflecting an alarming cultural bias that is important to note as we explore the mechanisms that create a recognized genius. Clearly talent alone doesn’t a genius make.

Also interestingly, a stamp of approval from the Nobel Prize Committee isn’t as crucial to legacy as one might think. In fact, only half of these labeled geniuses ever won a Nobel Prize, and over a third never received any major prize. Nor does winning the Nobel confer lasting recognition: 75% of physics Nobel Laureates didn’t make the genius list at all, despite receiving the highest honor available in the field.

To be sure, as a group, geniuses were detectably different from their peers: 83% of them had higher productivity, 89% had longer careers, and 70% received more citations — a crucial measure of impact within the scientific community that captures how much subsequent influence a given discovery has. But does high productivity and impact alone signal a genius? No. In fact, being highly cited was by no means predictive of the genius label, performing worse than random guessing. While exceptional productivity conferred sainthood to Thomas Aquinas, it doesn’t bring lasting recognition in science.

So, what does? Oddly, the best predictor of genius status was the number of languages into which a scientist’s Wikipedia page had been translated. In other words, the genius label reflects societal recognition that extends far beyond the scientific community in which he or she works. That is not to say that those labeled geniuses did not have an outstanding impact on science. They surely did. Yet, the metrics science currently uses to measure performance are rarely predictive of this broader impact. Which is strange. How does a person gain international recognition as a physics genius without first being recognized as an outstanding physicist by his or her own peers?

It seems that exceptional achievement comes in two flavors. A small group of physicists were truly outliers, outshining their contemporaries both in productivity and impact. We call them peerless geniuses: Albert Einstein, Lise Meitner, and Murray Gell-Man fall into this category. They are the ones whom algorithms would easily pick as geniuses.

While performance metrics of the remaining geniuses were also impressive, their impact and productivity were comparable to members of their peer group. We call them ordinary geniuses: Stephen Hawking and Ernest Walton (father of the particle accelerator) fall into this class. Take for example Hawking, a physicist whose work in cosmology — in particular, the study of black holes — has fascinated both scientists and the public at large. Yet, his contributions are not singular. Indeed, we found four of Hawking’s contemporaries who had comparable scientific impact in terms of citations. One was the Russian-born Stanford cosmologist Renata Kallosh, whose work on the early Universe and dark energy was just as impactful among scientists as Hawking’s work on black holes. Yet, Hawking’s exceptional visibility, undoubtedly rooted in his inspiring personal story, overwhelms his peers. Indeed, the only time we found Kallosh mentioned in the non-academic press is in the context of her husband’s accomplishments. We see here how squishy factors like birth, biography, sex, race, and nationality play a role in conferring genius status and how difficult such factors are to out-perform.

The squishy label of “genius”

That puts the performance-based metrics in murky water. The idea that genius is rooted in talent alone is, of course, a patently false conceit. You don’t need big data to show you that. Given this reality, is the societal obsession with genius justified?

While our habit of labeling some accomplished individual a genius and ignoring other equally distinguished individuals is somewhat random, understanding exceptional accomplishment is essential to discover and eventually nurture future talent. As we become more nuanced in our appreciation of the hidden factors at play in success, and as we begin to expose the systemic biases that shape recognition, it’s worth rethinking who can or should earn the genius label, so that we properly recognize and encourage the (sometimes) hidden talent around us. 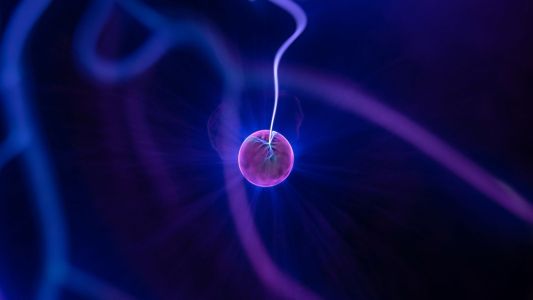 Researchers observed an ultra-rare particle interaction that reveals the half-life of a xenon-124 atom to be 18 sextillion years.