Starbucks is remixing their rewards program with blockchain-based NFTs (“nonfungible tokens”), potentially mainstreaming NFTs in a way that nothing else has. The project, called Starbucks Odyssey, is the coffee chain’s latest move on the tech-based customer experience it helped to pioneer.

Despite the buzzword-chasing vibes, the idea to hop on blockchain was meant to enhance the loyalty program, CMO Brady Brewer told TechCrunch, rather than being just a dashed-off side project.

From their existing loyalty accounts, customers will be able to complete tasks like games to earn or purchase the collectible digital tokens, called NFTs, which can be traded around and be used for experiences like an espresso making class, per TechCrunch.

While Odyssey may have a certain sense of Buschemi-as-teen to it, coming a bit behind the wave for the tech trend, the coffee giant has a surprising history of pioneering new technologies just as they’re about to take off.

Starbucks has a surprising history of embracing emerging technologies just as they’re about to take off.

Making music: Combining a solid first date spot with the crush move of the early 2000s, in 2004 the chain installed CD-burning stations, called Hear Music Bars, in their stores.

Burning a CD while you grab a latte wasn’t as out there as it may seem from our perch here in the present. That same year, Starbucks had put out a CD, Genius Loves Company, that was the second-highest selling album in the US, the Wall Street Journal reported, and their Hear Music channel was on XM satellite radio.

Considering that record stores were then losing ground to Walmart and Best Buy — proving customers would buy music beyond traditional outlets — the move made sense.

“The average customer has turned away from buying music. They don’t like the experience,” Howard Schultz, Starbucks’ once and future CEO, told the Journal. The cafe’s music bars used HP tablets and touch screens, and were initially rolled out in Bellevue, Washington, and Austin, Texas.

Unlike some of the next entries on this list, the CD burning stations never quite caught on; home CD burning and the success of the iPod were among the reasons blamed for killing the concept.

“I’ve seen people using them occasionally, but I’ve never been tempted to use it. I have my own setup for that,” customer Dean Teffer neatly summed up the whole thing for the Seattle Post-Intelligencer.

App adaptation: Far more successful was Starbucks’ early embrace of the mobile app. Launched in 2009, it was to be among the first apps that tracked purchases for a loyalty program and allowed people to pay from their phones.

When the company introduced ordering ahead via mobile app in 2014, the idea was new enough that they needed to explain the concept to customers. As smartphone savviness increased, so did the app’s capabilities, adding store location, offer redemptions, and — in one of their true tech coups — mobile payment.

A jolt and some caffeine: Starbucks’ next tech foray will move from customer infrastructure to literal infrastructure, by installing a network of fast-charging stations for electric vehicles, as Freethink previously reported.

Working with Volvo, the first stations have been installed in Provo, Utah, and the company plans to have them located roughly 100 miles apart at 15 stores on a route stretching from Seattle to Denver on interstates 90, 70, and 81 by the end of 2022. Eventually, the route may have up to 60 chargers. 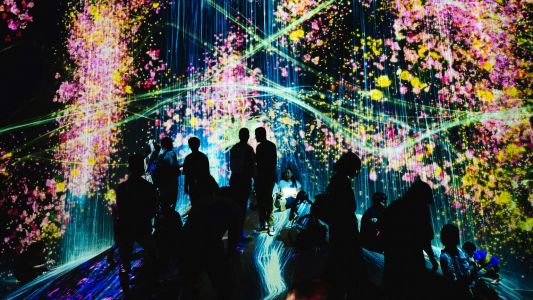 Technology will not save the world, and it is inherently neither good nor bad. But, when tech is coupled to human virtue, good will prevail.

Inventions
How to be a techno-optimist
Subscribe to Freethink for more great stories
Subscription Center
Sections
Video
Freethink
Subscribe
We focus on solutions: the smartest people, the biggest ideas, and the most ground breaking technology shaping our future.
Subscribe