An XPrize competition funded by Tesla CEO Elon Musk just awarded teams of students $5 million to develop their ideas for carbon removal systems — and it still has another $95 million to give away.

The challenge: Between our cars, factories, and everything else, humans are pumping about 43 billion tons of carbon dioxide into the atmosphere every year.

To combat climate change, we not only need to cut that figure way down, we also need to capture and store a lot of the CO2 that’s already out there.

“We’re likely going to need to remove billions of tons of carbon dioxide from the atmosphere by 2050.”

“Carbon removal won’t ever replace the need for quickly cutting our emissions,” Jennifer Wilcox, the principal deputy assistant secretary for the Department of Energy’s Office of Fossil Energy and Carbon Management, told the New York Times.

“But scientists are telling us that we are likely going to need to remove billions of tons of carbon dioxide from the atmosphere by 2050 if we want to avoid the worst impacts of climate change,” she continued, “and if we don’t start investing in solutions today, we’re not going to get there by midcentury.”

The competition: In the 1990s, the nonprofit XPrize Foundation started hosting contests with huge cash prizes for solutions to huge problems, such as private space travel, global food security, and equal access to education.

In February 2021, it launched a new competition for carbon removal tech, with its biggest prize yet: $100 million, provided by Musk and the Musk Foundation.

“This is not a theoretical competition; we want teams that will build real systems that can make a measurable impact and scale to a gigaton level,” Musk said at the time. “Whatever it takes. Time is of the essence.”

What’s new: The grand prize winner won’t be determined until 2025, but XPrize has announced that 23 teams will be sharing the $5 million set aside for a competition track for teams composed primarily of students.

Eighteen student teams have each won $250,000 for submitting concepts worthy of inclusion in the larger competition — they can now use the money to further develop their carbon removal systems.

Another five teams each won $100,000 for conceptualizing systems that wouldn’t directly remove any carbon, but are important to making the scheme work (for example, by measuring how much carbon is actually being removed).

XPrize posted videos of the students briefly explaining their concepts — those include a carbon-negative fertilizer, genetically modified algae, and a plan to repurpose oil rigs as farms for carbon-capturing seaweed.

Looking ahead: The students’ passion for solving the problem really shines in the videos. It’s not hard to imagine many of their projects doing well in the larger competition — and eventually helping with carbon removal in the real world.

“Today’s college and graduate students have proclaimed that solving the climate crisis is one of the most important objectives of their generation,” XPrize founder Peter H. Diamandis said.

“It’s for this reason that this student competition is so critical,” he continued. “Our mission is to engage, inspire, and guide the next generation of climate entrepreneurs.” 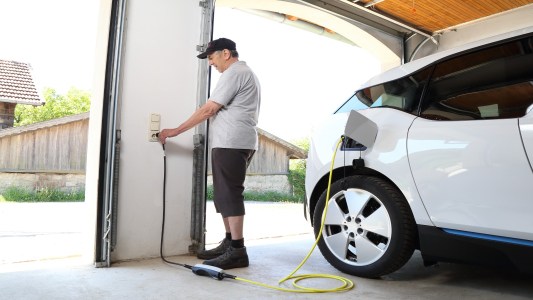 Electric cars could power millions of households by plugging their battery power back into the grid instead of being stored.

Clean Energy
Electric cars could one day power your house – here’s how to make it happen
Subscribe to Freethink for more great stories
Subscription Center
Challenges
Video
Freethink
Subscribe
We focus on solutions: the smartest people, the biggest ideas, and the most ground breaking technology shaping our future.
Subscribe