Global warming is killing the world’s coral reefs, but CRISPR may give us a way to save them.

Scientists have identified a gene that plays an important role in coral’s ability to withstand rising water temperatures — and using the gene-editing technology, we might be able to use it to engineer global warming-resistant coral reefs in the future.

The Threat of Coral Bleaching

Coral reefs are like the metropolises of the sea — nearly 25% of all marine creatures live in reefs, despite their covering less than 1% of the ocean floor. They’re hugely important to humans, too, protecting coastlines, creating fisheries, and serving as a source of food.

But these valuable ecosystems are quickly disappearing. Since the 1980s, coral reefs have declined by 30-50%; some scientists fear it could be 90% by 2050.

Global warming is a primary driver of that death.

When water temperatures get too high, corals get stressed and expel the algae that give them their bright colors.

This process, called bleaching, leaves coral reefs with a white appearance — unable to reproduce and more susceptible to disease and death.

But some corals are less susceptible to bleaching than others, and a new CRISPR study has identified a single gene that could explain why.

The gene is called heat shock factor 1 (HSF1). Previous research had linked it to the ability to tolerate heat, but it had never been studied in coral.

Researchers from Stanford, the Australian Institute of Marine Science (AIMS), and Queensland University of Technology (QUT) decided to change that.

They developed a CRISPR technique that allowed them to make precise edits to a coral’s genome and then used it to cut out the HSF1 gene from fertilized coral eggs.

Conservationists could find and plant corals with naturally high levels of the heat-resistance gene.

When they compared edited and unedited eggs in water at different temperatures, the coral without the gene died at 93 degrees Fahrenheit — but the eggs with the gene survived.

The link between HSF1 and a coral’s heat tolerance could help save coral reefs — conservationists could find corals with naturally high levels of the heat-resistance gene, for example, and plant them in reef restorations.

The researchers’ CRISPR technique could lead to the identification of other important genes, too.

“Having the ability to remove genes from coral is going to allow us to catalog what genes do in corals,” Stanford researcher Phillip Cleves told Future Human. “That basic knowledge is going to help us understand both the propensity of corals to survive climate change and also the biological mechanisms involved.”

Natural selection would eventually favor heat-resistant corals, but the speed of warming and slow rate of recovery for reefs may mean evolution is too slow to save our reefs.

The technique could also be used to genetically engineer warming-resistant corals — something Cleves’ team isn’t interested in doing, but that other groups are already exploring.

Helen Fox, a conservation science director at the Coral Reef Alliance who wasn’t involved in the study, told Future Human that releasing engineered coral into the wild would be highly risky.

“Nature is reliably unpredictable,” she said, “and too much human interference could lead to unintended consequences.”

Clean Energy
3 emerging technologies that will give renewable energy storage a boost
The U.S. Department of Energy has predicted that renewable energy will be the fastest-growing U.S. energy source through 2050.

Animals
WWF report highlights tiger population gains for the Year of the Tiger
The global tiger population is finally increasing after more than a century of gradual decline, a new study from WWF reveals.
Up Next 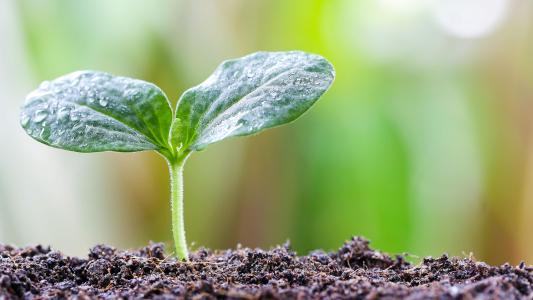 By improving photosynthesis, we can get more food from our farmland.

Climate Crisis
We can grow 60% more food by hacking photosynthesis
Subscribe to Freethink for more great stories
Subscription Center
Challenges
Video
Freethink
Subscribe
We focus on solutions: the smartest people, the biggest ideas, and the most ground breaking technology shaping our future.
Subscribe