What if we could go back in time to four decades ago, when we first heard the term “climate change,” and take a good look at planet Earth?

The new Google Earth Timelapse feature lets us do that. We can scan the globe and look back from the present day to 1984. The feature gives us a unique opportunity to see how human action and natural forces have changed the planet since the 1980s.

The Google Earth Timelapse feature will allow you to view a 37-year timelapse of the entire planet or zoom in on a specific location and time.

With images from as early as 1984, you can explore the changing landscape from multiple perspectives — transforming static photos into a 4D experience. Now you can see deforestation, the effects of wildfires, rapid urbanization, and receding glaciers in a dramatic before/after view. You can also see the results of forest restoration efforts, dismantling mines or dams, and urban planning.

“Since launching Google Earth, we’ve focused on creating a 3D replica of the world that reflects our planet in magnificent detail with features that both entertain and empower everyone to create positive change,” Rebecca Moore, director of Google Earth’s Earth Engine & Outreach, wrote in a blog post.

Just by typing into the search bar, the Google Earth Timelapse feature can see any spot in motion, whether it’s a historic site across the ocean or their hometown neighborhood.

In one example, viewers can explore the shifting coastline near Chatham, Massachusetts. The sandbars shift as storms carved new inlets into the beach, eroded the coast, and deposited sediment in new locations.

In a coal mining district in southern Brandenburg, Google Earth Timelapse will let you watch the transformation of an open-pit mine to a landscape of small lakes as Germany’s black coal industry closes.

Google Earth has collected over 24 million satellite images from NASA, the U.S. Geological Survey, the European Union, and the European Space Agency to create the new timelapse feature. Encoding all that information into one zoomable, interactive globe took two million processing hours.

Google has tried to eliminate elements like clouds and shadows from the images. Then they recorded the planet in such detail that they have a single pixel for every position on Earth every year since 1984, eventually stitching them together to create the full Google Earth Timelapse, reports CNN Business.

“All this computing was done inside our carbon-neutral, 100% renewable energy-matched data centers, which are part of our commitments to help build a carbon-free future,” wrote Moore.

Google Earth Timelapse will be updated annually so we can continue to keep tabs on our successes and challenges in protecting and restoring the planet. 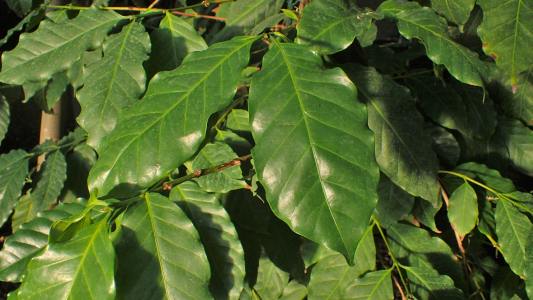 A rediscovered coffee plant that can flourish in warmer climates, according to scientists, may be the future of coffee production, helping future-proof the morning ritual against climate change.