Japan is restarting several aging nuclear reactors in an attempt to meet its carbon emissions goals — a controversial move that’s left some questioning whether the nation has changed its ways since the Fukushima disaster.

The disaster: In 2011, a tsunami caused a meltdown at Japan’s Fukushima Daiichi Nuclear Power Plant. It was the worst nuclear accident since Chernobyl, and an independent investigation determined that it was “man-made.”

“The Fukushima nuclear power plant accident was the result of collusion between the government, the regulators and [Tokyo Electric Power], and the lack of governance by said parties,” the authors wrote. “They effectively betrayed the nation’s right to be safe from nuclear accidents.”

The aftermath: Japan responded to the Fukushima disaster by closing or suspending operations at all of its reactors to conduct safety inspections.

About a year later, it restarted one nuclear reactor. A few others have been brought back online in the decade since, but as of March 2021, only nine nuclear reactors were operating in the nation — a sharp decrease from the 54 that supplied 30% of Japan’s electricity prior to 2011’s disaster.

The need for nuclear: While nuclear accidents are serious, they’re also rare, and many experts see an increase in nuclear energy as key to building a sustainable future — nuclear is cleaner than fossil fuels and more reliable than renewables, such as wind and solar.

Despite the disasters at Chernobyl and Fukushima, nuclear remains one of the safest sources of energy, according to figures collected by Our World in Data. Considering deaths from air pollution and accidents, nuclear power is hundreds of times safer than fossil fuels, like coal and oil.

Nuclear reactors have an operating lifespan of just 25 to 40 years, though, and because they’re expensive and time-consuming to build, many places are choosing to replace aging reactors with carbon-emitting energy sources.

Japan is restarting three nuclear reactors that were built in the 1970s and went offline in 2011.

In an effort to meet its goal of being carbon neutral by 2050, Japan has now given utility company Kansai Electric Power permission to restart three nuclear reactors that were built in the 1970s and were taken offline in 2011.

All three of the nuclear reactors are cleared for another 20 years of operation.

The controversy: The move has sparked controversy not only due to the reactors’ ages — they’re the first to operate past Japan’s 40-year limit — but also because the Mihama reactor was involved in a deadly accident in 2004, when a pipe ruptured due to lax safety inspections.

Tatsujiro Suzuki, who was the vice-chairman of Japan’s Atomic Energy Commission at the time of the Fukushima disaster and led an inquiry into it, has questioned the role subsidies to local communities played in the restart approvals.

“It looks like the industry and the government have not learned the lessons of Fukushima,” Suzuki told Reuters, adding that “the extensions were supposed to be under exceptional circumstances but that doesn’t look so exceptional.”

Looking ahead: Japan gets just 9% of its electricity from nuclear reactors today, and it’s committed to both increasing its reliance on nuclear while not building new facilities — leaving the restart of old reactors as the only option.

“Nuclear power is indispensable when we think about how we can ensure a stable and affordable electricity supply while addressing climate change,” Koichi Hagiuda, Japan’s Minister of Economy, Trade, and Industry, told reporters.

“We will work to restart Japan’s nuclear reactors,” he added. 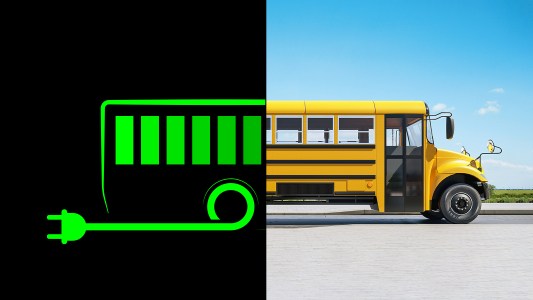