To combat climate change, researchers are looking for ways to soak up atmospheric carbon dioxide and store it forever. The wild ideas run the gamut from planting more trees (Earth’s natural carbon sponges) to industrial machine scrubbers. Now, organisms that are too small to view with the human eye are stepping up to the plate.

Researchers at Pellissippi State Community College found microbes deep in the Earth’s crust are helping devour CO2. For example, they have discovered that the small but mighty bacteria found in the hot springs of Costa Rica are naturally occurring carbon sinks.

The backstory: There is a carbon cycle deep in the Earth. Driven by shifting slabs of oceanic crust, the naturally occurring process plays out over hundreds of millions of years. Descending ocean plates bury carbon deep beneath the Earth’s surface for long-term storage. Some of it bubbles back up through erupting volcanoes, while much of it remains buried — a fact that remains a mystery to scientists, reports Science.

Then, in 2017, scientists started to understand what happens to that deep carbon. By studying naturally occurring gasses and liquids bubbling out from more than 20 hot springs in Costa Rica, they found that some of the sinking carbon is being turned into rock. But it didn’t account for all of the vanished CO2.

So recently, the same team returned to the crime scene to solve the mystery of what happened to the missing carbon.

What went down: The same team, this time co-led by Katherine Fullerton, a microbiologist at Pellissippi State Community College, went back to the hot springs to analyze the water.

“Our first goal was to try to determine how the microbial diversity varies on a regional scale because past research tended to focus on a single location at a time,” Fullerton said in a statement. “Second: is there evidence that microbes in these hot springs are affecting the greenhouse gases coming out of them?”

The team found signs of chemical reactions facilitated by living organisms. They determined that microbe communities must be feeding on naturally occurring carbon from the descending ocean crust. To confirm their suspicions, the team discovered several bacteria species with the genes needed to turn CO2 into organic carbon.

Oliver Plümper, an Utrecht University expert in rock-fluid interactions who was not involved in the study, told Science that while 2% isn’t impressive, 22% is enough to answer questions about the relationship between the Earth’s interior and the climate.

Calling it “quite exciting,” Plümper adds that these calculations might influence our understanding of long-term climate stability — and how long the planet will support life. 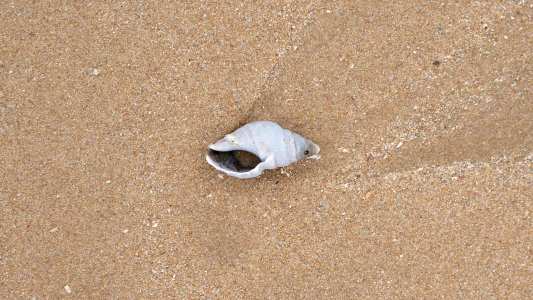 Scientists are building a machine that will suck carbon dioxide out of the ocean and turn it into seashells.

Climate Crisis
This machine will make seashells out of CO2
Subscribe to Freethink for more great stories
Subscription Center
Challenges
Video
Freethink
Subscribe
We focus on solutions: the smartest people, the biggest ideas, and the most ground breaking technology shaping our future.
Subscribe